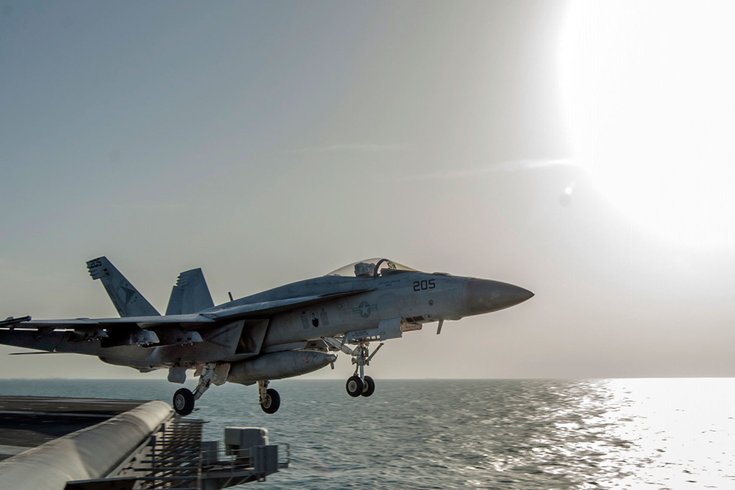 A fighter jet launches Dec. 5, 2014, from the flight deck of the Nimitz-class aircraft carrier USS Carl Vinson in support of operations targeting Islamic State militants in Iraq and Syria.

The United States and its allies staged 12 air strikes on Islamic State targets in Iraq and Syria in a 24-hour period, the Combined Joint Task Force said in a statement on Wednesday.