FX chairman: Network will 'absolutely' make a 15th season of 'It's Always Sunny in Philadelphia'

If the gang chooses to make more seasons of Always Sunny, FX chairman John Landgraf said they should feel free 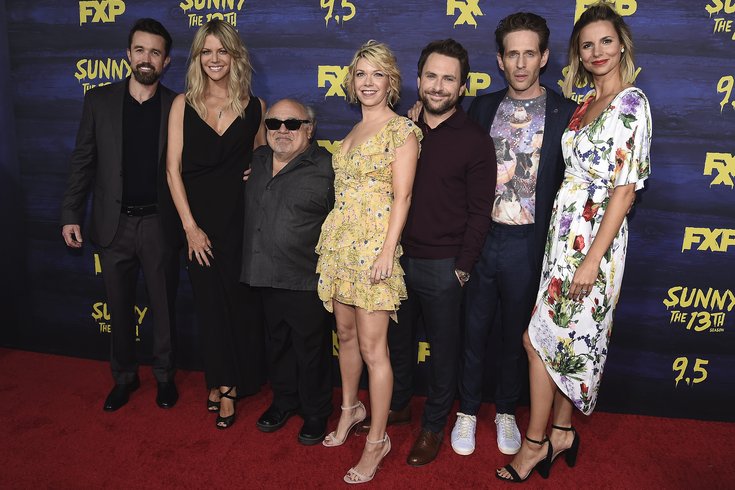 If "It's Always Sunny in Philadelphia" wants to set the record for the longest-running live-action comedy series in TV history, they'll have FX Networks' support.

When it comes to the future of FXX's wildly popular TV show "It's Always Sunny in Philadelphia", there seems to be a case of "if you'll have me, I'll be here". Except, instead of the normal dynamic, where the show's writers express a desire to continue, it's the network which is publicly broadcasting its future interest.

FX Networks Chairman John Landgraf said this week that the network would be glad to let "Always Sunny" to keep running for a record-setting 15th season, and even a potential 16th season, if the core creative group is still interested in making more episodes.

"Rob [McElhenney] has been pretty positive about wanting to keep going with it, but it's ultimately his call," Landgraf continued. "I can't believe it still exists after 14 years, but if he wanted to make it 15th or 16th season, we would absolutely do it. The show is still good; it's as good as it's ever been."

The approach seems to jibe with the way "Always Sunny" has historically been handled by FX Networks: a bit of a "Hey, whatever you want" situation. In 2016, Day talked about the relationship between the show and the network on "The Late Show with Stephen Colbert":

"I don't even know if they realize we're still making a show over there," Day said, in reference to FX's hands-off approach. "They didn't know we'd won a major award, so they don't know what we're doing."

Writers and creators McElhenney and Charlie Day have seemed pretty invested in the show lately, popping up all over Hollywood and social media with "Always Sunny"-related hijinks. If the show runs for 15 seasons, it will become the longest-running live-action comedy series of all-time.