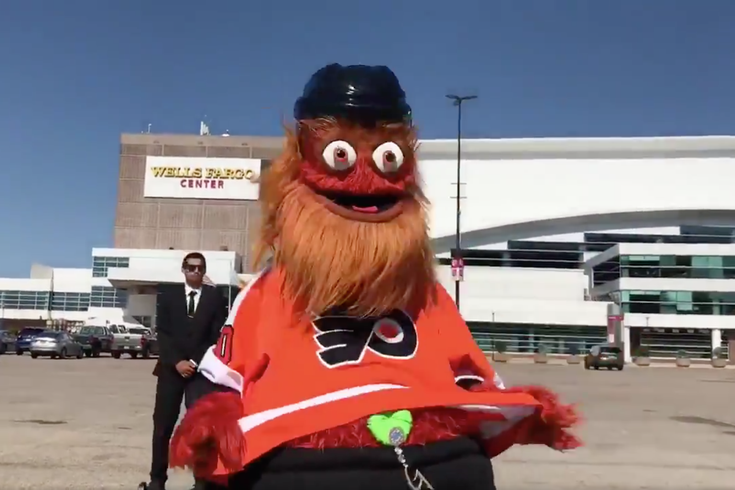 Gritty, doing Gritty things, dances to Lizzo's song 'Juice'. The green belly-button is still too much.

Gritty is almost definitely the most noteworthy part of the Flyers' organization at the moment. The furry orange mascot has managed to stay relevant for an entire year by tiptoeing around obvious cries for attention, instead picking and choosing appropriate parts of the viral internet at large.

On Friday, Gritty dropped the latest in a line of viral videos, this time dancing to a Lizzo's song "Juice" while declaring that, while it's already August, Hot Girl Summer isn't over just yet.

It's a lot, and it involves Gritty's belly-button. You've been warned:

This is the first time Gritty has weighed in on Megan Thee Stallion's "Hot Girl Summer", which is a... trend? Movement? Lifestyle? It depends who you ask.

The catchphrase has swept through millennials and Gen Z alike over the past few months, basically as a term you can shout (or type) while having a good time. It's a reason to do whatever it is women — and men! — want to do, all summer long.

It makes sense, then, that Gritty would feel a connection and kinship with the Hot Girl Summer lifestyle, considering Gritty has been doing extremely unique and enjoyable things since last September.

The only problem is the timing of the video, and the music choice: Megan released a song named specifically after the Hot Girl Summer movement on Friday, just hours before Gritty unveiled the dance set to Lizzo's tune.

Oh, and the green belly button. It's still terrifying.