WXPN to play entirety of Woodstock '69 in exclusive radio broadcast 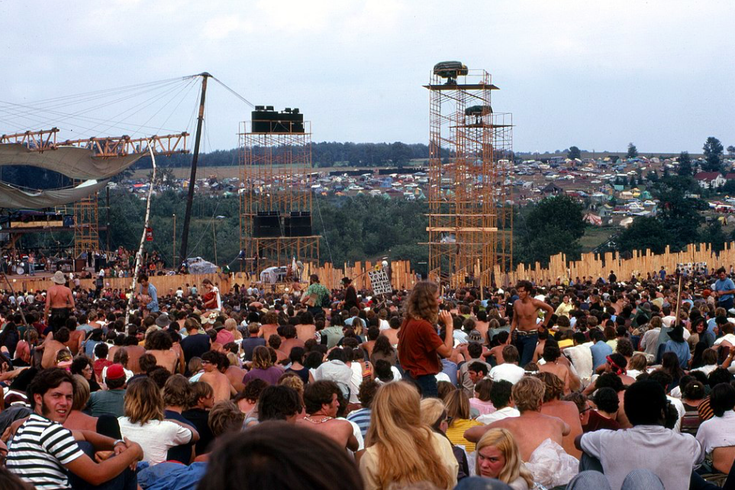 WXPN will play the entirety of Woodstock '69 to commemorate the festival's 50th anniversary. The picture above was taken on August 17, 1969 as Joe Cocker performed on stage.

From Joe Cocker's set-closing "With A Little Help From My Friends" to Jimi Hendrix's distorted national anthem and Carlos Santana's "Soul Sacrifice," the lore of Woodstock has become an aspirational energy that musicians today hope to emulate in live performances.

Next weekend, 88.5 WXPN will exclusively broadcast the entirety of the fabled Woodstock Music & Arts Fair to celebrate the festival's 50th anniversary.

“From the movie that came out in March of 1970, to the numerous collections of recordings released over the years, there has yet to be a full authentic musical account of the concert until now,” said Bruce Warren, WXPN associate general manager for programming. “WXPN is going to pay the most effective tribute to the music, the way it was originally performed, at exactly the same times the sets were performed to give our listeners a feel for how it all really went down.”

WXPN's "Woodstock – As It Happened – 50 Years On" will begin Thursday, August 15 at precisely 5:07 p.m. and continue, through 9 a.m. Sunday morning, for the duration of the show, with complementary musical trips back to the year 1960.

The event will be broadcast only once and will not be archived, so next week would be a great time to relive the Woodstock experience or or encounter it fully for the first time.

Here's a schedule of the performers, and when you can hear them on the WXPN broadcast: