The iconic rock band had performed at the Jaguars home field on July 19; The lead singer also name dropped Wawa 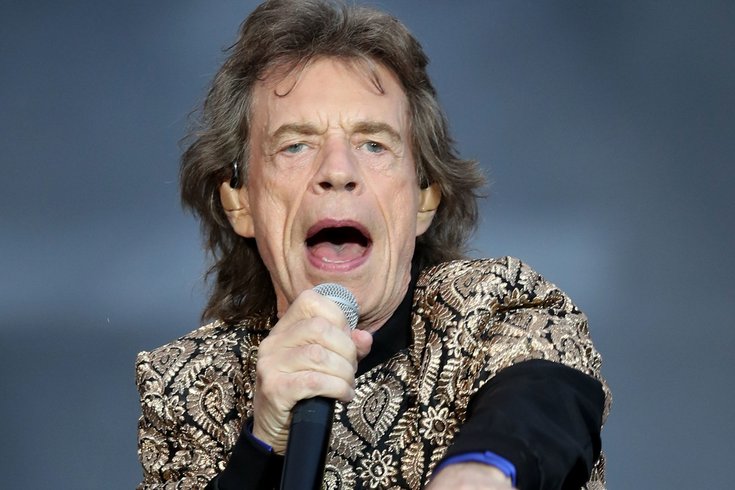 Mick Jagger, pictured above in September 2018, told a Philadelphia crowd on Tuesday at Lincoln Financial Field that former Eagles quarterback Nick Foles 'sends his best wishes,' as the Rolling Stones came from Jacksonville, Florida, to Philadelphia.

Mick Jagger and the Rolling Stones played their long-awaited show at Lincoln Financial Field on Tuesday, and the iconic lead singer managed to mention a couple of sensitive topics here in Philly.

"We just came from the Jaguars' stadium in Jacksonville," Jagger said just after finishing the performance of "Honkey Tonk Women." He continued, "Nick Foles sends his best wishes."

The Rolling Stones had played at Jacksonville's stadium, TIAA Bank Field, on Friday, July 19. As you can imagine, Jagger's mere mention of another NFL team in Philly elicited boos – that was until he name dropped Foles. Some of us are obviously not over our Super Bowl MVP quarterback leaving as a free agent after last season.

The lead singer went on: "I was on my way to Wawas (sic) to get my hoagie, but then I hit a pothole. Charlie (Watts) was OK cause he gets his hoagies from Sheetz."

So even the Rolling Stones understand the rivalry between our convenience stores and how important it is to take a side.

Here's the clip where he mentions all of this.

Tuesday's show in Philly was a make-up concert that had been postponed from June after Jagger announced he needed to undergo heart surgery in April. Six weeks after cancelation, the band released new dates that kicked off last month and will end on Aug. 31 at Miami's Hard Rock Stadium.

Just two weeks after surgery, Jagger was back on his feet dancing and recovering.

Thank you everyone for all your messages of support, I’m feeling much better now and on the mend - and also a huge thank you to all the hospital staff for doing a superb job.