Can you tell why a photo of this Pa. community theater's 'James and the Giant Peach' set is going viral? 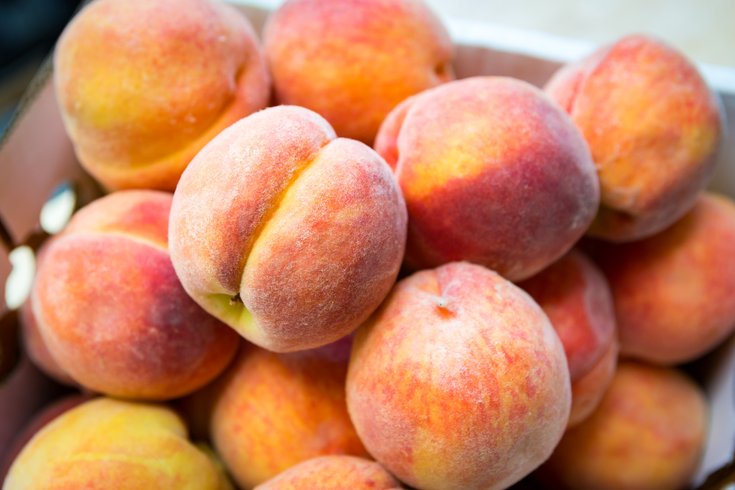 It may have been a while since you read Roald Dahl's "James and the Giant Peach," the 1961 children's book that has been banned for various reasons over the years – including inappropriate language, references to drugs, and the possibility that one character's lip-licking was too sexual.

Despite the bans, Dahl's book is a pretty revered staple in modern children's literature, prompting a movie adaptation and many, many stage performances. One such stage production, currently being prepared by a community theater in York County, may prove to be as subversive as Dahl's story – whether it means to be or not.

MORE: WATCH: Take a tour of the Montgomery County home for sale with a 'sexual oasis'  |  Philly's Tierra Whack wore this local designer to the Grammys

What is a stage production of "James and the Giant Peach" without a giant peach at the center of set design? So York's DreamWrights Center for Community Arts naturally includes a giant peach as the backdrop to its stage, though many online are seeing something more than a peach.

Vagina. They are seeing a vagina.

a community theater is doing James and the giant peach, and their set looks like..... well, not a peach... pic.twitter.com/iNEWaDT50g

Kate Harmon, DreamWright's marketing coordinator, told the Huffington Post at the likeness was not intentional.

“I didn’t see that before, but now that’s all I can see when I look at it,” Harmon said.

“We had to design a peach big enough for the cast to stand inside it, outside it, on top of it — it’s not exactly an easy feat.”

After a great performance they’ll get a standing ovulation

They could do the "Vagina Monologues" next 😂

After local previews it will be opening wide

James and the Giant Unexamined History of Peach Symbolism https://t.co/P1x1jSxAZr

“The walls were wet and sticky, and peach juice was dripping from the ceiling. James opened his mouth and caught some of it on his tongue. It tasted delicious.” - Roald Dahl, James and the Giant Peach https://t.co/Pl8zlQsHK2

They should get armie hammer as a consultant

James becoming a man in this version

Others also gave kudos to the set's appearance while urging people to support community theater. DreamWrights, for the record, seems OK with the unexpected attention.

We hear you like our set design. We'd like to offer you tickets to our show to check out the hard work of this James and the Giant Peach company! https://t.co/D5YOBP0DbG