WATCH: Take a tour of the Montgomery County home for sale with a 'sexual oasis'

Real estate listing goes '50 Shades' of viral, so we went to check out its pleasure chamber 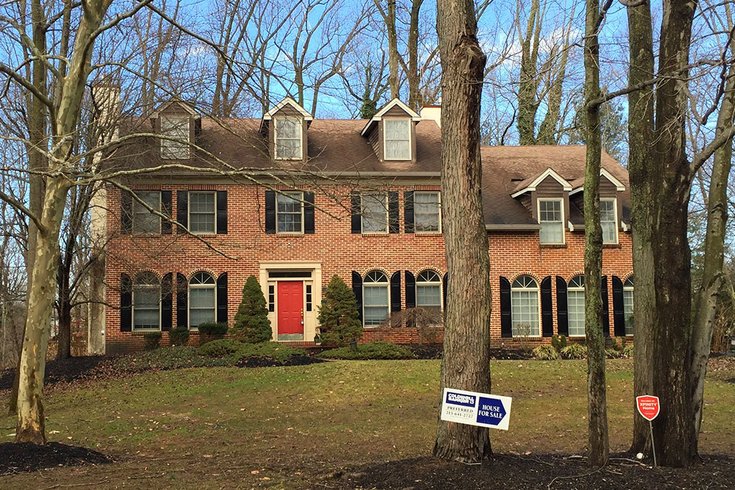 This Upper Dublin residence, described by its listing agent as a one-of-a-kind suburban home, includes a sex room. The home, which just went on the market, also includes a gourmet kitchen with stainless steel appliances, and a large granite island. List price: $750,000.

I’m sure you’ve heard about the palatial estate in suburban Philadelphia that – listed for sale at $750,000 – features what some are calling a “sex dungeon,” but the realtor enlisted to sell it termed a “private sexual oasis.”

Alas, that powers that be in online real estate listings decided within roughly 16 hours that those saucy descriptions and photos of the lust-fueled basement needn’t be available for public consumption anymore.

She graciously agreed to show off the Norristown Road home that doubles as an uber-profitable AirBNB property much to the chagrin of neighbors who were none too pleased with TV news trucks showing up on a private residential lane offering access to just three homes.

Built in 1997, it’s a gorgeous 5,029 square-foot home located in a secluded nook in the highly-regarded Upper Dublin School District.

There’s five bedrooms (including one with a pillory on the basement bed), two-and-a-half bathrooms, a trio of fireplaces, a stunning Colonial kitchen, a back deck, a pool table, a long driveway and a whole bunch of top-notch amenities (photos of which are still available on the online listing.) It’s also being sold furnished as-is, folks.

Which means, yes, should you purchase this home, you will be the proud owner of a private sexual oasis that comes with potential profitability should you choose to continue the current owner’s AirBNB side hustle. (“The AirBNB renters are more local than you’d think,” Leonard said.)

One area of the home features a bondage bed with stocks and a sex bench. 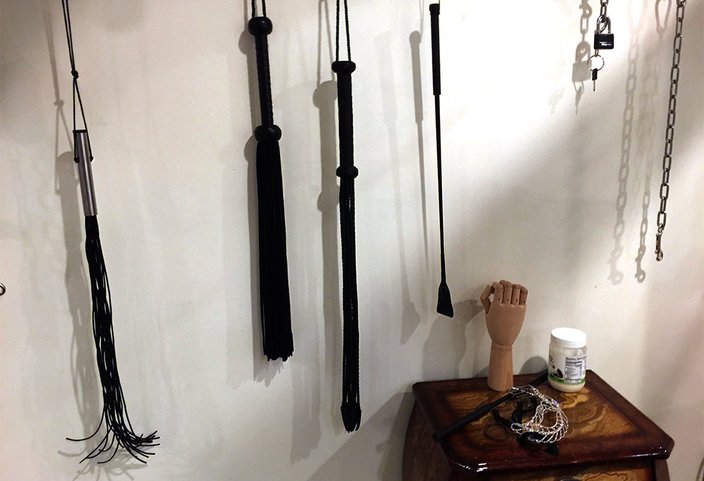 Whips and chains line the wall of the sex chamber.

The current owner – with whom PhillyVoice was unable to speak prior to publication – lives there with his two children – one attending high school and the other in college.

Leonard said the children know of the subterranean vibe – “They’re aware of it, but they don’t go in the basement” – which developed from the owner’s personal interests into a profitable endeavor.

A cleaning crew comes in and scrubs the place down weekly, she noted, and the door to the basement locks from both outside and inside the stairwell.

‘IS THE SELLER LEAVING THE SEX SWING?’

Leonard’s phone did not stop ringing for the hour-plus time she showed us the house. When she arrived, people who’d just toured it were leaving.

When she composed the online listing, her boss wondered whether it was a good idea to tap into the “50 Shades of Gray” market.

“It was the first thing that came to mind!” said Leonard, who just got back from a trip to Atlanta for the Super Bowl and goes by Philly Socialite on Instagram. “Especially with the whole suburban quietness, and hush-hush feel to the area.”

By the time it went viral, Leonard had been proven not only right, but a marketing genius of sorts for a listing that became hers within the past week. 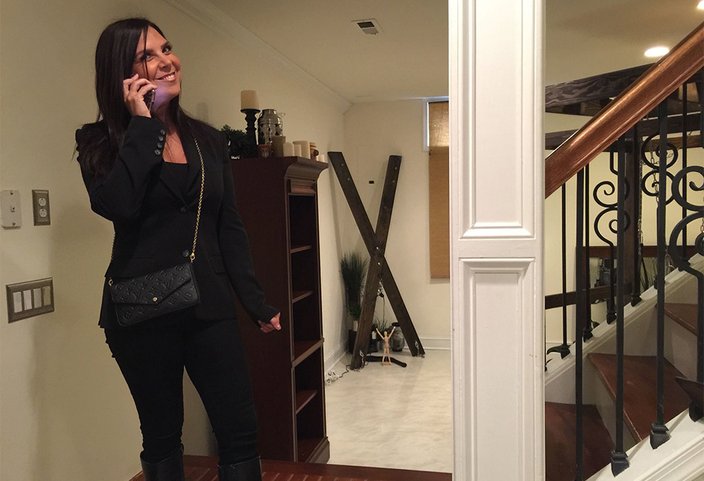 Melissa Leonard of Coldwell Banker Preferred in Blue Bell, the Realtor listing agent, takes a call on Friday morning at the home.

“People who want to see the house and news outlets are calling, and calling, and calling,” she said, walking up the driveway. “One Realtor turned him down. People are asking me how I kept a straight face when I got the listing, but it was easy. I thought it was really exciting."

It's a beautiful house, but the basement decor really sets it apart and grabs most of the attention.

"Nobody really has this ‘sexual oasis’ aspect to their home," Leonard said. "I’ve been a Realtor for 15 years now, and I’ve never seen anything like this. … Now, everybody knows what they’re getting themselves into when they come here. I just got a call from someone who asked, ‘Is the seller leaving the sex swing? OK, my friend and I will be right over.'”

While the story was quirky enough to go viral on Friday, the neighbors were none too pleased seeing the attention drawn to their quaint block.

Barry Katz walked out of his home, talking on his mobile phone with another neighbor. Both wanted to know what the heck was going on and offer their take on the situation, as did Katz's wife who said she'd prefer this situation got no attention at all. 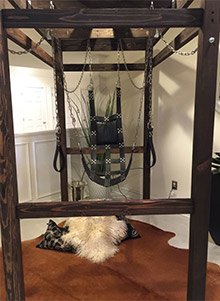 The home features a sex swing.

Katz was livid, too.

He hearkened back a few weeks to New Year’s Eve when an AirBNB-rental party left their narrow lane packed with cars. Damage was done to the neighbors’ yards when partygoers drove across the grass trying to get out.

When that issue arose, Katz said the owner invited him and the other neighbor into the house, where they saw for the first time the prurient layout of the basement.

“He’s got two young kids there! And, I get the sense he’s proud of this,” said Katz, noting the owner immediately offered to pay for any damage to their property.

“I was flabbergasted when I saw it. It’s just a sadistic situation,” he continued. “I told him to go live in South Beach or New York City if he wants to do this sort of thing.

"This is a quiet neighborhood and (with the AirBNB) he’s inviting people he doesn’t even know here. This is the last thing we want here. Are you kidding me?”

While Leonard said she hadn't interacted with the neighbors before, she noted that homebuyers may want to redo the basement for a traditional suburban family. But, she added, most of the inquiries she'd gotten from potential customers indicated they'd leave the basement as-is.