Build that man a statue.

That was the consensus among paradegoers and on social media after Jason Kelce's fiery speech outside the Philadelphia Museum of Art on Thursday.

Branden Scott, 19, of South Philly, caught the parade from City Hall and walked up toward the Benjamin Franklin Parkway for the Eagles' speeches at Eakins Oval. He described the parade as "legendary." Then came Jason Kelce's speech.

That was something else, for sure.

"It was awesome," said Scott. "It was nothing but the truth. Build him a statue." 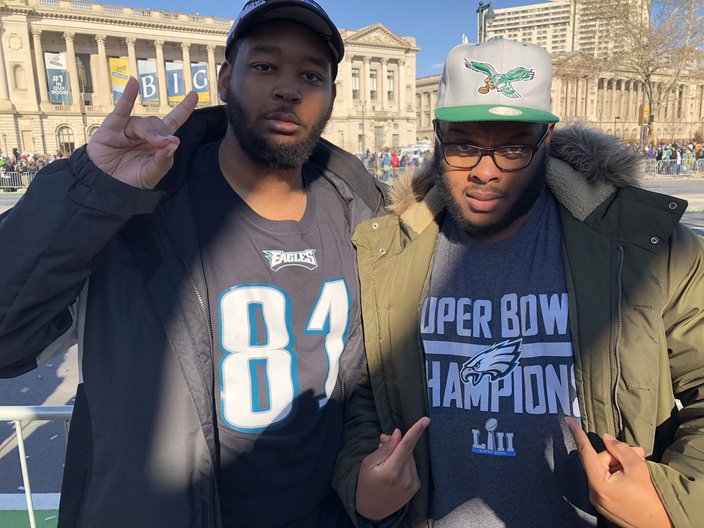 We all remember Chase Utley's immortal "world f***ing champions" declaration at the Phillies World Series parade in 2008, but Kelce took it to another level.

As he sported a Mummer's costume from the Avalon String Band, Kelce blasted the Eagles' doubters and dropped a number of F-bombs on live TV.

For those who haven't yet caught his speech, you can watch it below:

Kelce's epic speech sent Twitter ablaze with reaction to what would be a fitting end to the festivities.

Nobody likes us!! But we dont care has to be my mantra for the year.. 😭😭 #kelceforpresident

Loving the Kelce 2020 rumors. Have we ever had a Mummer in the White House? #KelceForPresident pic.twitter.com/2YW2ZtJJIm

I’ll have what Jason Kelce is having!

Jason Kelce is the next WWE Superstar. Tag-teaming with Chris Long.

JASON KELCE IS THE GOAT

Absolutely NO ONE was ready for Jason Kelce! One of the most impassioned speeches. His speech won. His outfit won. I need this guy to give me pep talks when I’m down. #EaglesNation #FlyEaglesFly #Eaglesparade

The rant may have tired out the Eagles' longtime center, who afterward told NBC Sports Philadelphia's Derrick Gunn that he "could take a nap right now."

But it sure fired up the crowd.

Meghan Kennedy, 26, of Haddon Heights, Camden County, held a sign that read "It Ertz So Good" as she watched the parade from Logan Square. But, at the end of the day, it was Kelce who captured her heart.

"Jason Kelce's speech was the best," Kennedy said. "He just had so much emotion and his outfit. It was everything that Philly is." 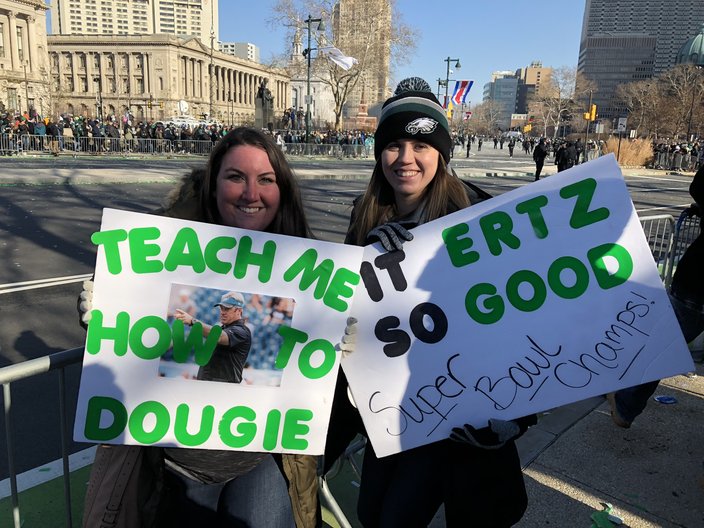 Ann Marie Malone, 47, of Overbrook Park, loved that Kelce did not mince words.

"We truly are the underdogs," Malone said. "You saw it at the Super Bowl with the announcers. I love that Kelce called that out. The reality was no one thought we could do it. And here we are." 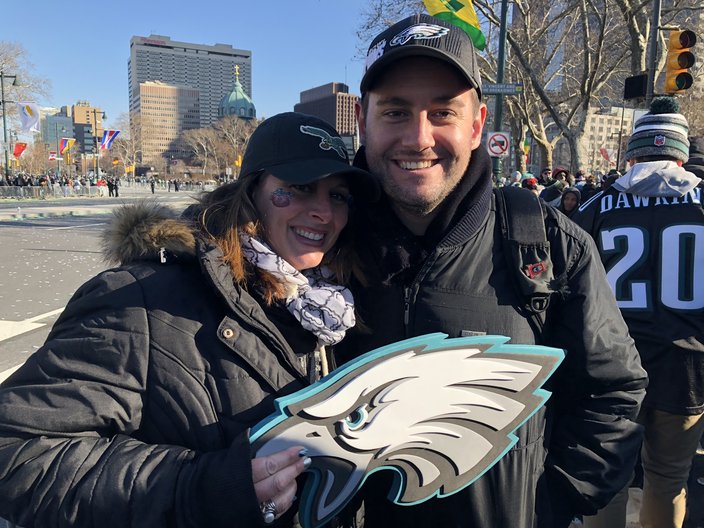 Ann Marie Malone, 47, watched the Eagles' Super Bowl parade with her brother, Robert Malone, 31. She called the experience 'one of the most amazing days of my life.'

Malone and her brother, Robert Malone, 31, had traveled to Los Angeles when Carson Wentz went down with a season-ending injury against the Rams. The emotional high of Eagles fans sunk when the team lost its star quarterback.

But that made Thursday's parade even more special.

"One of the most amazing days of my life," Ann Marie Malone said. "This is all we live for in this city."