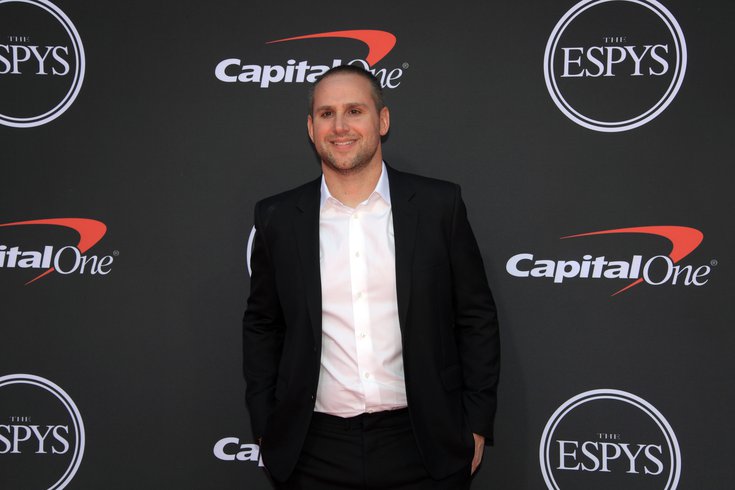 Michael Rubin and Jay-Z's application for an online sports betting license in New York is one of six under consideration.

Philadelphia 76ers co-owner Michael Rubin is seeking to expand his Fanatics apparel empire into the sports gambling space with a little help from Jay-Z.

Rubin and the iconic rapper are part of a group that has submitted an application for an online sports betting license in New York, ESPN reported. If approved, the two businessmen plan on rolling out Fanatics Sportsbook in the coming months.

In its application to the New York State Gaming Commission, Fanatics cited its partnership with Jay-Z's global entertainment company Roc Nation as a market advantage.

"Fanatics Sportsbook will use one of the largest sports fan databases in North America and proven sports betting platform and player account management technology to operate sports wagering in New York," the company wrote in its application.

Rubin and Jay-Z are part of a consortium led by Kambi, a sports betting technology provider headquartered in Sweden. Penn National, the Berks County-based betting company that owns Barstool Sportsbook, is also part of the group.

The Fanatics application is one of six under review by the New York State Gaming Association. The state is expected to select two bids by December, TMZ reported, with hopes of rolling out New York's online betting market before Super Bowl LVI next February. The winning applicants will be required to offer at least four sportsbook platforms in the state.

Thirty states — including Pennsylvania and New Jersey — and the District of Columbia have approved sports gaming since the 2018 U.S. Supreme Court ruling to allow state-regulated sports betting.

Rubin and Jay-Z's venture into sports betting is just the latest project that the two friends have worked together on closely. Both men were part of the group that started the Reform Alliance, a nonprofit criminal justice reform organization that began in 2019. Rapper Meek Mill and New England Patriots owner Robert Kraft were also part of the organization's founding.