The resolution passed, 232-196, despite the politician's reticence to 'further divide the country' 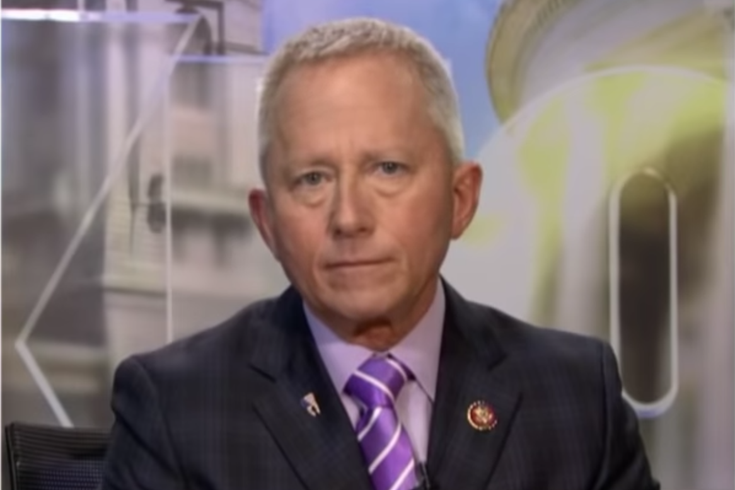 New Jersey Rep. Jeff Van Drew was one of just two Democratic members of Congress to vote "nay" in the House vote to formalize the impeachment inquiry into President Donald Trump.

New Jersey Rep. Jeff Van Drew was one of just two Democratic members of the U.S. House to vote "nay" on the resolution to formalize the impeachment inquiry into President Donald Trump.

The resolution passed Thursday with a vote of 232-196, including 231 "yea" votes from Democrats and one from an Independent.

Van Drew was elected to Congress last November after serving 12 years as a member of the New Jersey State Senate. Before his time in Trenton, he was mayor of Dennis Township in Cape May County.

In a statement released after the vote, Van Drew explained why he voted "nay", and outlined how he plans to approach the inquiry now that the vote passed the House.

"Without bipartisan support I believe this inquiry will further divide the country tearing it apart at the seams and will ultimately fail in the Senate," he said in a statement after the vote on Thursday. "However, now that the vote has taken place and we are moving forward I will be making a judgment call based on all the evidence presented by these investigations. My hope is that we are still able to get some work done to help the American people (address issues) like infrastructure, veterans' benefits, environmental protections, immigration reform, reducing prescription drug cost, and strengthening Social Security."

In the wake of his decision to vote "nay", Van Drew's Twitter account — which hasn't tweeted since Wednesday — has been flooded with angry mentions:

The people of South Jersey know better than most what a con artist Donny is. They deserve better representation. LoBiondo was a Republican but I’d wager he would have voted for impeachment. What is your reasoning? #ImpeachAndRemove

Wow, so ashamed of NEW JERSEY!!! Who would have thought that NJ would have this kind of shameful representative.

Hope everyone knows that you voted AGAINST the impeachment inquiry, bc I think most residents will be voting against you in the next election.

There's a word for representatives who vote against the impeachment inquiry resolution: accomplices

08230 here. Yet another constituent whose repeated calls to your office have gone ignored. Apparently you've forgotten that being a U.S. Representative requires -- you know -- actual *representation* of the people you serve?

If you vote no on the impeachment inquiry, happy to canvas for someone to oppose you in the primary. NJ voters got you elected, we can certainly change that.

Thanks for embarrassing Jersey even further! I'll donate to whoever runs against you.

Rep. Collin Peterson of Minnesota was the second Democrat to vote "nay" on the resolution.