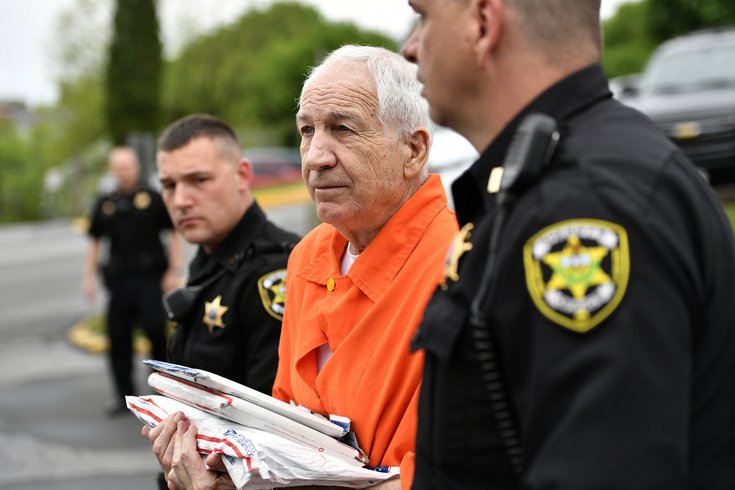 Jerry Sandusky was sentenced to 30 years in prison in 2012.

Police at Penn State are investigating a new allegation of sexual abuse against former assistant football coach Jerry Sandusky, more than seven years after Sandusky was found guilty of sexually assaulting minors during his time at Penn State.

The new allegation, according to the Centre Daily Times, was reported to police Tuesday by an unidentified individual. The individual alleged Sandusky committed the sexual assault between June 2000 and September 2010, police spokesperson Wyatt DuBois confirmed to the Daily Times.

DuBois said an investigation is ongoing:

"'This incident report is the result of the university’s internal and external reporting procedures upon receipt of a new allegation of abuse by Jerry Sandusky,' DuBois said Wednesday. 'An investigation is ongoing and we have no further comment.'"

Sandusky's defense lawyer told the Daily Times he hadn't spoken with Sandusky about the allegation as of Thursday.

Sandusky was sentenced to a 30-year prison sentence in 2012. He appealed his sentence in the interim, but his convictions were (largely) upheld. An appeals court in February did rule that mandatory minimums were improperly applied during his 2012 sentencing, according to the Daily Times, leading to his upcoming Nov. 8 re-sentencing.