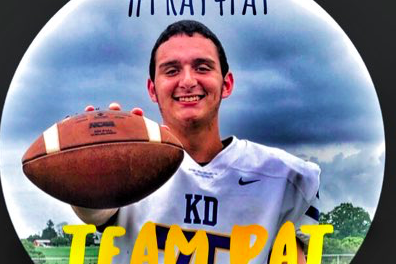 Patrick Maloney, a football player at Kennard-Dale High School, has regained consciousness after suffering a serious head injury in a game against Eastern York High School on Friday, Oct. 25.

A York County teenager who suffered a serious head injury during a varsity football game on Friday has regained consciousness following surgery, according to his family and the team.

Patrick Maloney, a lineman and senior captain at Kennard-Dale High School in Fawn Grove, collapsed on the sideline last week as the team took on Eastern York High School. He was rushed to a nearby hospital where he received emergency surgery.

Friends and family of our KD family please join us and make this your profile picture and support for our senior captain Patrick Maloney. Say lots of much needed prayers!Ty🙏 pic.twitter.com/QstVcH3ybt

Update's from Patrick's mother came in through the social media accounts of the team and the school's booster club.

On Tuesday, Jennifer Maloney, Patrick's mother, said her son was awake with limited communication and was able to follow simple commands. She added that "he knows it's 2019."

"All signs are positive, but we will still need to wait and see," Maloney said. "This is a marathon not a sprint. Keep praying and positive thoughts!!!"

Following the injury, Maloney told the York Daily Record her family has received overwhelming support from the community.

North Schuylkill beat Pottsville and player will twear Leiby's No. 6 decals during Friday's game against Pine Grove in a District 11 Class 3A semifinal.