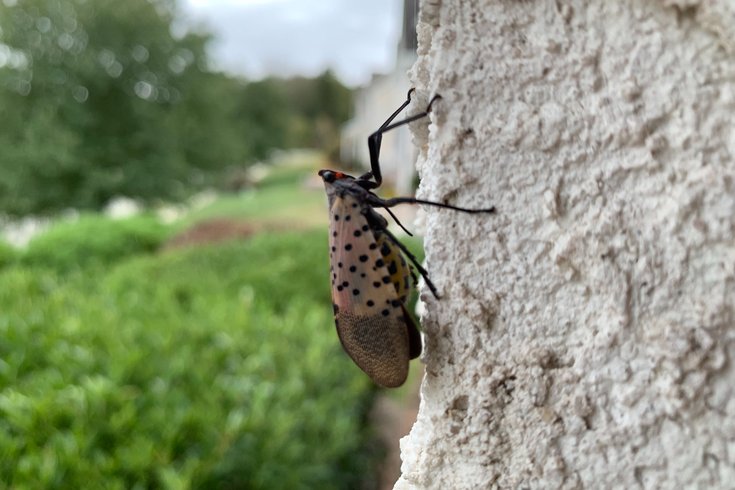 Researchers published the first-ever sequenced genome of a spotted lanternfly, using just one insect taken from Berks County to build a complete picture of the invasive pest's DNA.

Researchers earlier this month published the first-ever sequenced genome of a spotted lanternfly, and used just one insect taken from Berks County to build a complete picture of the invasive pest's DNA.

The data represents a crucial step towards understanding the insect: Not only is this the first-ever genome of the lanternfly, but no closely-related species have ever had their genomes sequenced, researchers told the U.S. Department of Agriculture:

"Having the genome for this pest opens the door to a better understanding of its biology and behavior, and makes coming up with potential control methods much more likely to happen, such as developing a lure for a trap through understanding the insect's olfactory genes, or exploring avenues such as gene editing or RNAi."

That sure sounds useful and science-y!

Lead researchers did warn that while the genome represents a breakthrough, using the data to develop a method for slowing the insect's spread is still years away, according to the Reading Eagle. Pennsylvania is putting serious money and workforce power towards figuring out a way to slow the insects, which damage trees and thus threaten crops like apples and grapes in a number of northeastern states.

The spotted lanternfly was first discovered in Pennsylvania in 2014, and has since spread to Maryland, Delaware, New Jersey, and Virginia.

The specific spotted lanternfly used for the genome was nabbed from an area near Reading's famous Reading Pagoda, according to the study, which was published this month in the journal Gigascience.

Berks County in particular seems to be an interesting place for the spotted lanternfly. Earlier this year, a pair of naturally-occurring fungi were discovered near a Reading apple orchard. The fungi were found to have killed swaths of lanternflies in the area, according to researchers, and are now being studied by Cornell University.

There is, of course, also a more eye-catching plan of attack being examined. The USDA imported tiny wasps from China earlier this year after learning the wasps are spotted lanternflies' natural predators in their native China.