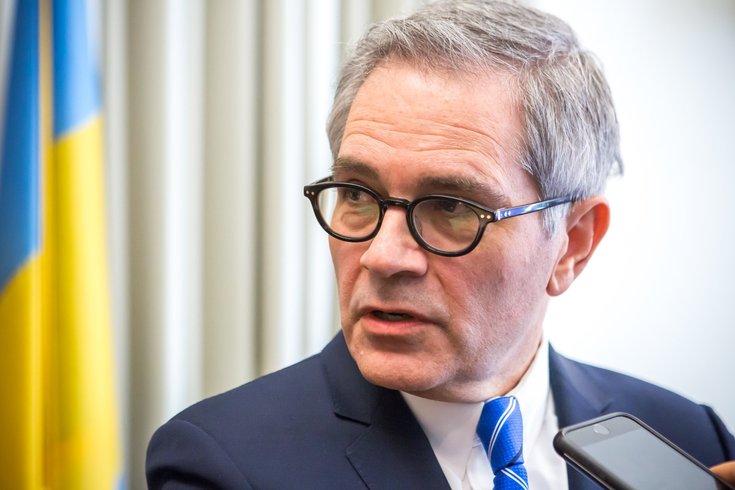 Philadelphia District Attorney Larry Krasner, whose progressive politics endeared him to left-leaning voters in his landslide victory in 2017, endorsed Sen. Elizabeth Warren for president on Wednesday.

Philadelphia District Attorney Larry Krasner, whose progressive politics endeared him to left-leaning voters in his landslide victory in 2017, endorsed Sen. Elizabeth Warren for president Wednesday, angering some of his base of supporters.

Krasner called Warren "principled" and "unrelenting" in a video released Wednesday morning through Krasner's @Krasner4DA Twitter account. The video features Warren and Krasner talking about prison reform, one of Krasner's tentpole issues as District Attorney. You can watch it below:

#ElizabethWarren is principled, she is for the people, and she is unrelenting. She backs down for no one and that’s exactly what we need in the White House.
Her message about economic justice connects so easily to criminal justice reform. pic.twitter.com/OMzD2aOLRA

Krasner's endorsement of Warren's campaign comes one week after Philadelphia Mayor Jim Kenney endorsed Warren. Kenney said he believes Warren can bring the country together and "put power in the hands of working families."

Warren is currently sitting firmly in second among candidates vying for the 2020 Democratic nomination, behind former Vice President Joe Biden. According to Real Clear Politics, which averages poll results from a number of different sources, Biden is polling at 28%, while Warren is polling at 21.7%.

Warren is viewed by many as a more progressive alternative to the establishment choice in Biden. Warren is also expected to have a better chance at winning the Democratic nomination than Sen. Bernie Sanders because her politics don't lean as far towards Democratic Socialism, instead calling herself a "capitalist to her bones".

Some of Krasner's supporters were displeased with his decision to endorse Warren instead of the more liberal Sanders, particularly after Krasner identified with Sanders during his run to the Philadelphia District Attorney's Office, and after he said he believes Sanders would have defeated President Donald Trump in the 2016 General Election:

guessing he thinks warren has a better shot at winning and he wants a piece of that pie. that, my friends, is what we call careerism and opportunism and it is a scourge on the left :) this is very disappointing

This is SO disappointing I can't even put words together. Shame. That's about it.

Ohhhh NO! I voted for you Larry, but don’t agree with you on this endorsement.

Not a lot of other ways to read this than a betrayal of the movement that elected you.

This is a slap in the face of actual progressives across the nation.

The 2020 Pennsylvania Democratic primary is April 28.