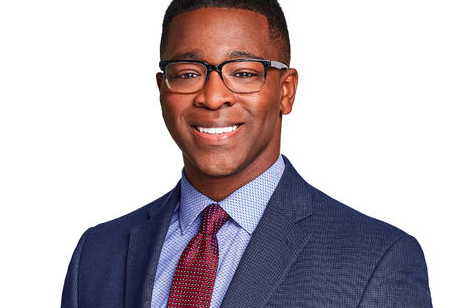 NBC10 reporter and anchor Dray Clark is charged with assaulting a woman at his home in Chester on Sept. 26, 2019.

NBC10 reporter Dray Clark is facing multiple criminal charges in an alleged domestic assault, according to court documents and a story published by the Philadelphia news station.

The incident allegedly stemmed from an argument between Clark and his girlfriend outside Clark's home on Thursday night, NBC10 reported.

The criminal complaint from the Chester police, obtained by the TV station, alleges Clark struck the woman several times and choked her. The woman later entered his home because her son was there at the time. Clark allegedly became violent with her again, according to the complaint.

In a Facebook post on Friday, Clark's girlfriend claims that the news reporter had assaulted her on five separate occasions beginning in February, culminating in the alleged assault at Clark's home. She referenced another Sept. 21 arrest in Wilmington for a similar assault, which Chester police also mentioned in their criminal complaint. The woman's identity is being withheld from this article, due to the nature of the allegations.

"Station management learned today that Dray Clark was arrested on both domestic violence related cases," NBC10 said in a statement. "We take these allegations very seriously. Effective immediately, Dray will be off the air pending the station’s investigation."

Clark is due to appear in court for a preliminary hearing on Oct. 16. He was arraigned Friday afternoon and bail was set at $20,000.