Anrae James was working as a nursing assistant when he was shot multiple times last October. The alleged gunman was an off-duty colleague who entered the building with multiple weapons 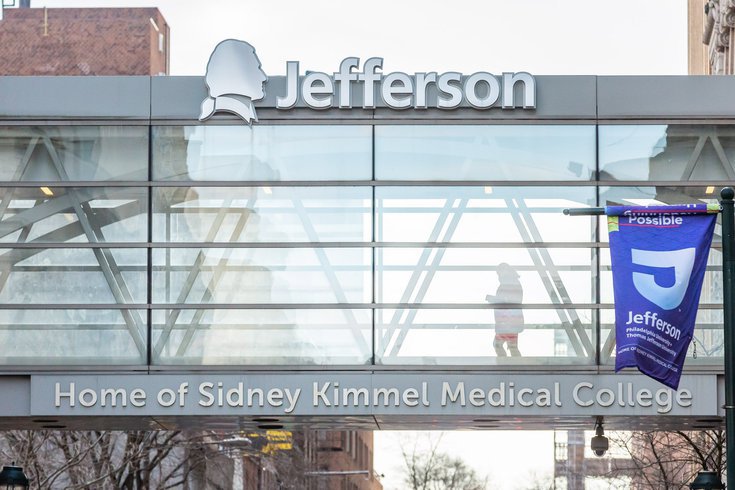 The family of Anrae James has sued Thomas Jefferson University Hospital, claiming inadequate security allowed a gunman to enter the Center City hospital and kill James, who was a nursing assistant, in October.

"Outrageous" security lapses at Thomas Jefferson University Hospital led to the fatal shooting of nursing assistant Anrae James, who was gunned down by an armed colleague last October, a lawsuit alleges.

The wrongful death and negligence lawsuit was filed Tuesday on behalf of the James' family by the Philadelphia law firm Saltz Mongeluzzi & Bendesky. The family is seeking a jury trial and unspecified monetary damages.

On Oct. 4, James was working at the Center City hospital when alleged gunman Stacey Hayes, another nursing assistant, walked into the hospital with multiple weapons, including an AR-15 style firearm. There allegedly were no guards at the desk, or anywhere in sight, when Hayes entered the hospital. No other backup security procedures were in place to restrict Hayes' access, the lawsuit claims.

Hayes, who was off-duty, allegedly found James at his desk and shot him from behind, striking him multiple times as James attempted to flee down a hallway. James later died from his injuries. He was a father of three.

James and Hayes had been co-workers for several years. James allegedly had notified the hospital of a personal conflict between them. He also had requested a transfer to a different unit so that he wouldn't have to work with Hayes, according to the lawsuit.

When Hayes arrived at the hospital, he allegedly wore civilian attire, body armor and carried a cross-body bag containing his weapons. Investigators said Hayes planned the attack in advance, storing his weapons in a U-Haul truck that he parked outside the hospital and used to flee the scene.

Philadelphia police located the U-Haul truck in the Parkside section of the city and ordered Hayes to drop his weapon, but Hayes fired several shots at the officers, who returned fire. Two police officers suffered non-life-threatening injuries. Hayes was briefly hospitalized for undisclosed injuries prior to his arrest.

The lawsuit alleges Jefferson Hospital failed to adequately secure the hospital premises, did not properly train and supervise its security staff, and did not take measures to protect James and other employees by assessing the risks Hayes posed.

In the months before the shooting, Hayes allegedly had been dealing with mental health struggles and had his weapons taken from him for psychiatric reasons. He later successfully petitioned the courts to get his weapons back. The lawsuit claims the hospital should have known about Hayes' mental instability and his dispute with James.

Following the shooting, the hospital acknowledged that "process deficiencies and human error" played a role in James' death. The hospital implemented a broad set of security enhancements, including more vigilant screening at additional entrances, closure of unstaffed ground level entrances and closer cooperation with Philadelphia police.

The lawsuit claims these changes "amount to a tacit admission that Jefferson Hospital security was grossly inadequate." The suit further notes a history of assaults and other crimes on the premises in recent years that did not result in security reinforcements significant enough to prevent James' death.

"Anrae loved everyone, especially our three children, and loved his work, helping people every day," said Barbara James, Anrae's wife of 11 years. "Like everyone else at the hospital, Anrae relied on Jefferson to protect him while at work. He was supposed to feel safe there. We have so many questions and can only hope and pray they're finally answered at trial."