The groundbreaking program was launched with Italian institutions 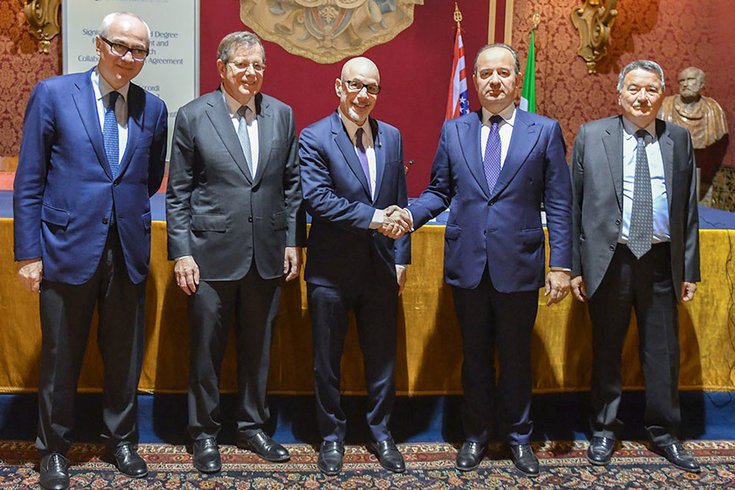 Thomas Jefferson University in Philadelphia has announced a collaboration with with institutions in Italy to develop the first-ever dual medical degree program that will allow doctors to practice in the United States and European Union.

The partnership will allow students at Catholic University of the Sacred Heart in Rome to earn a doctor of medicine degree its School of Medicine and Surgery, in addition to a bachelor of science degree from Jefferson and a doctor of medicine degree from the Sidney Kimmel Medical College at Jefferson. Students will be able to earn all three of those degrees in just six years.

The arrangement is groundbreaking because of the difference in medical education requirements between the United States and Europe. In this country, students must earn a four-year undergraduate degree and then a four-year medical degree in order to practice medicine. But in Europe, students pursuing a medical degree go straight from high school to medical school, completing all requirements to practice medicine within six years. Plus, there’s no undergraduate degree requirement.

Italy-based medical students who select the English track will have the opportunity to meet U.S. undergraduate requirements needed to pursue a medical degree at Jefferson. The program is a by-product of Jefferson's merger with Philadelphia University last year, according to Dr. Mark Tykocinski, M.D., provost and executive vice president for academic affairs at Jefferson and dean of the Sidney Kimmel Medical College. Previously, Jefferson did not offer undergraduate degrees.

“Our students across all disciplines already work collaboratively with their counterparts across the world. Our partnership with Catholic University will allow European and U.S. medical students to work side-by-side while expanding their physician-peer network across Europe,” Tykocinski explains further.

The announcement indicated the agreement was signed on Sunday in Philadelphia by leadership from Jefferson, Catholic University and Gemelli University Hospital, where medical school rotations occur in Italy. A clinical research agreement that will create collaborative research opportunities in both countries also was signed. The first clinical trial will focus on expanding testing of a technique shown to be effective in treating difficult-to-heal wounds.