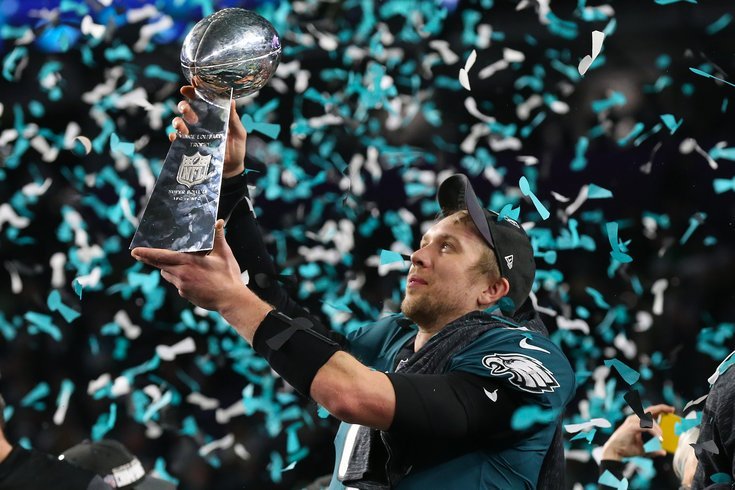 A "Jeopardy!" contest decided to pay homage to the Philadelphia Eagles' 41-33 victory over the New England Patriots in Super Bowl LII, wagering $4,133 on a Daily Double clue.

Philadelphia Eagles fans waited decades for their first Super Bowl title. Now the world must keep hearing about it for all eternity.

"Jeopardy!" contestant and Yardley Borough police officer Adam Clark was up $9,000 during Thursday night's episode when he hit a Daily Double in the category "One-Word Book Titles."

"Is there a significance?" host Alex Trebek asked.

Unfortunately for Clark, he did not provide the correct answer to the clue.

"This 1974 James Michener novel covers centuries, not just one significant year, in the history of Colorado," Trebek said.

Clark thought the answer was "Gold," but it was "Centennial."

This isn't the first time the Eagles' Super Bowl made its way to a game show. The game's MVP, Nick Foles, was the answer to another "Jeopardy!" clue in June, while "Wheel of Fortune" plastered the message "Philadelphia Eagles Are Super Bowl Champions" onto the screen a month after Super Bowl LII.

It didn’t truly feel real until this moment. pic.twitter.com/9huaJFoDdW