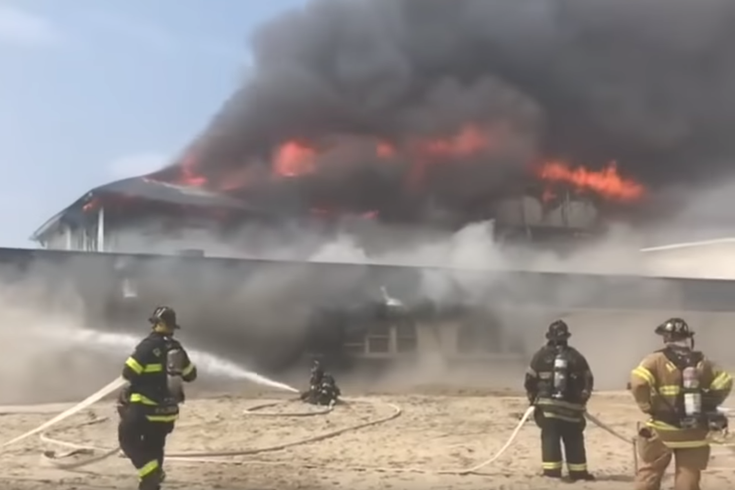 The North End Pavilion was engulfed in flames for hours Saturday.

Emergency firefighters and equipment were called on from across the state to help fight the blaze, which was first reported around 11:30 a.m. and burned late into the evening, according to the Asbury Park Press.

The Pavilion, a half-century-old building, was home to a handful of restaurants and businesses, including the Dunes Café.

No injuries were reported, according to the North End Pavilion’s official Facebook page:

Still, the scene itself was extremely striking set against an otherwise sunny day in Ocean Grove. Here’s more of what it looked like:

The damage to the Pavilion and surrounding boardwalk area is likely “millions of dollars”, according to the Asbury Park Press. A cause of the fire is not yet known.