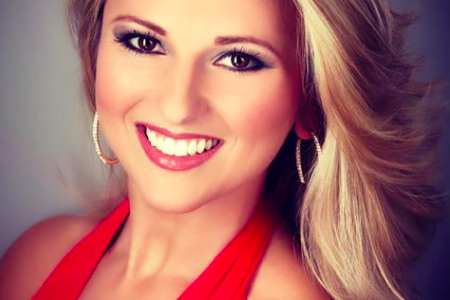 The results of the 2017 Miss New Jersey pageant are in after Saturday night brought finalists to the Ocean City Music Pier to see the crowning of a new winner and a shot at Miss America state honors.

This year, it was a young lady from the Jersey Shore who emerged victorious in the annual competition. Egg Harbor Township native Kaitlyn Schoeffel, 23, claimed the chance to compete against 49 other entrants in September's Miss America pageant at Boardwalk Hall in Atlantic City.

For Schoeffel, it was her sixth year competing in New Jersey's premier beauty pageant, which has been held every year since 1933. Schoeffel, a dancer who attended Montclair State University, is representing her platform Operation Empowerment to provide arts education to underprivileged youth in New Jersey.

Here's a video of the crowning moment, via the Press of Atlantic City.

In an Instagram post Sunday morning, Schoeffel said the victory is a dream come true and thanked everyone for their support along the way.

The talent portion of Saturday night's competition saw Schoeffel dance for the judges to Walk the Moon's "Shut Up and Dance." The rest of the event, hosted by 6ABC meteorologist Karen Rogers and SNJ forecaster Nick Pittman, included lifestyle, fitness and evening wear competitions, capped by a Q&A with the judges.

Finalists in the Miss New Jersey pageant are awarded scholarships to support the education and leadership development of the young women who participate.