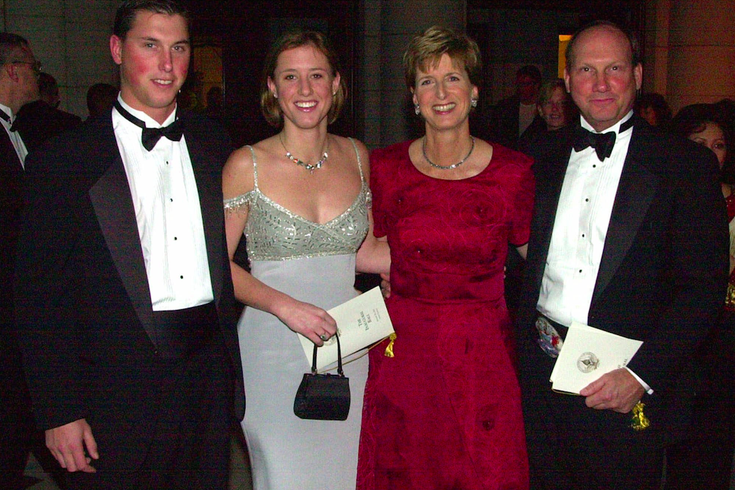 Whitman died on July 2 at the age of 71 after suffering a catastrophic brain injury on June 19.

According to NJ.com, Gov. Whitman, whose Republican administration led the state from 1994 to 2001, released the following statement.

"He passed away peacefully today, surrounded by his family. He was a wonderful husband, father, and grandfather, and we are heartbroken to lose his presence in our lives. I am so grateful for the thoughts and prayers of so many who have showered our family with their love over these past two weeks."

John and Christie were married for 41 years, during which time John became history's only first gentleman of New Jersey. A decorated Vietnam War veteran who received Bronze Stars, he generally managed to avoid the limelight during Gov. Whitman's political career, despite contributing key advice and advocacy.

In 1995, Whitman served as a mediator in negotiations to keep the New Jersey Devils from moving out of state. He also led fundraising efforts to build the Vietnam Veterans Memorial in Holmdel and to restore the Statehouse's Gold Dome.

Born in Albany, New York, Whitman hailed from a prominent family. Though his grandfather, Charles Whitman, served as governor of New York between 1915 and 1919, John opted not to pursue politics, instead working as an investment banker and consultant, most recently for Sycamore Management Corporation.

Whitman is survived by his wife, his daughter Kate, his son Taylor, and 6 grandchildren.