Jon Dorenbos: Inside the ‘America’s Got Talent’ long-snap map trick 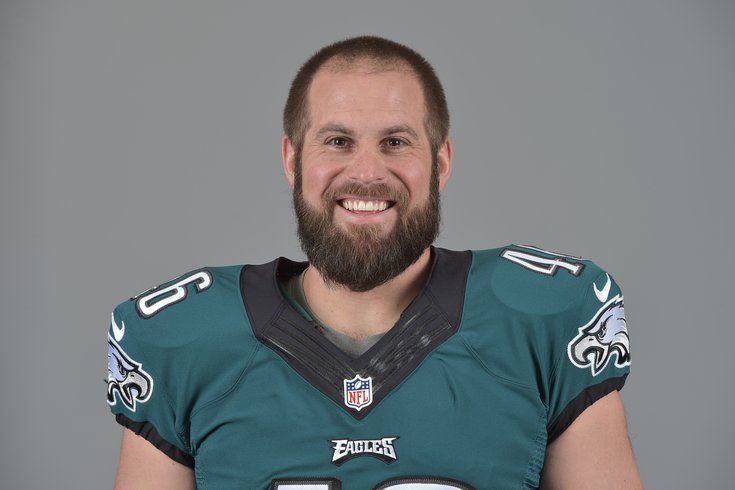 Jon Dorenbos makes it look easy. By watching the Eagles’ veteran long snapper, and the second-longest tenured Philadelphia pro athlete (behind Ryan Howard), in the semifinal round of “America’s Got Talent” Tuesday night, you wouldn’t have known it was actually the first time Dorenbos ever performed the trick in public.

Yet Dorenbos camouflaged it well. He had the United States map display built by a local company in South Jersey, and had it shipped to a warehouse in California for the show. They created an 8-foot by 12-foot Velcro map with inflatable, Velcro footballs that clung to the surface. He also incorporated a sacred lockbox and a childhood journal he kept as a kid.

He had the four celebrity judges have the option of snapping or throwing the ball at the map. The Velcro balls stuck to four states, and Dorenbos later revealed a folded map in the journal which had all of the states each celebrity landed on.

“Can I say something, Jon? I think this is the most incredible thing I’ve ever seen on one of these shows,” Simon Cowell said. “No, I mean genuinely. This is not a trick and I absolutely love the fact Jon that you’ve come here with a successful career, but you’ve come here to win. And that’s what I love about you. You had very little time to do this and you had to get the whole thing together, and it was chaotic. I was watching this whole thing come to me. I think you are a genius.”

“We took somewhat of a close-up trick and brought it to the stage,” Dorenbos told PhillyVoice. “If we could snap footballs against this huge map, we thought that it would be really cool. That’s what we set out to do. We put in a warehouse and we tried it. It took a lot of trial and error to get the right balls that would stick every time.

“The routine took months and months to perfect, but we wanted it to look beautiful on stage. It’s the first time I did the trick publicly. But I had a lot of confidence it would work."

Dorenbos arrives at practice at around 6 every morning and would leave at around 4:30 p.m. He had been working on the routine the last three months.

“I had to keep working it until we got the balls to stick on the map, and create from there,” Dorenbos said. “The routine took months and months to perfect, but we wanted it to look beautiful on stage. It’s the first time I did the trick publicly. But I had a lot of confidence it would work. I love magic and I love football, and the NFL has prepared to be in front of large crowds but not only that, you’re in the NFL, you’re prepared to deal with pressure and prepare for pressure situations.

“I was really prepared, and it’s why I’m so grateful for the NFL and the Eagles for giving me this opportunity. How many jobs would let someone leave and to do something else? Being meticulous and being aware of detail, the NFL has prepared to do that. Now I get a chance to carry that out and follow my passion on the football and doing magic before huge audiences. It’s something that I’ve wanted to do for a long, long time and I’m getting that chance.”

Dorenbos and the Eagles are off on Wednesday and he said he’ll be back with the team when it closes out the preseason schedule hosting the New York Jets on Thursday night.

“Yep, back to my day job,” Dorenbos said. Laughing. “I was really confident about this trick [tonight]. I really prepared for this, and the crowd really reacted well to it. There were a lot of different variables that could have happened with the trick, but I went over it and over it, and I was really prepared. I’m glad it went the way it did. I’m glad the crowd liked it. They gave us a standing ovation. I’m glad it was entertaining. Now I just hope America likes it.”