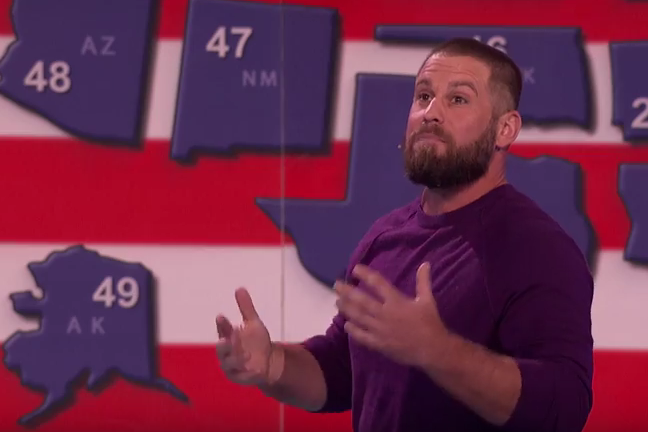 Jon Dorenbos put on another show.

As the Eagles wind down their preseason, Jon Dorenbos jetted to Los Angeles for a day to film a live show of America’s Got Talent. And for the semifinal round of the competition, the longtime Eagles long snapper decided to get his day job in on the (magic) act, making the four judges snap or throw footballs.

Once again, Dorenbos didn't disappoint. For the fourth time in a row, he received rave reviews from the judges. And unsurprisingly, Simon Cowell does not appear to be someone that played much football growing up.

Check out the full trick here:

Via Dan McQuade, Dorenbos decided to scream "GO BIRDS!" (haven't we all?) as the audience started to give him a standing ovation:

And thanks to Malcolm Jenkins, we know that Dorenbos' trick was played on the big screen at The Linc during the Eagles' "Taking Flight for Autism" event: