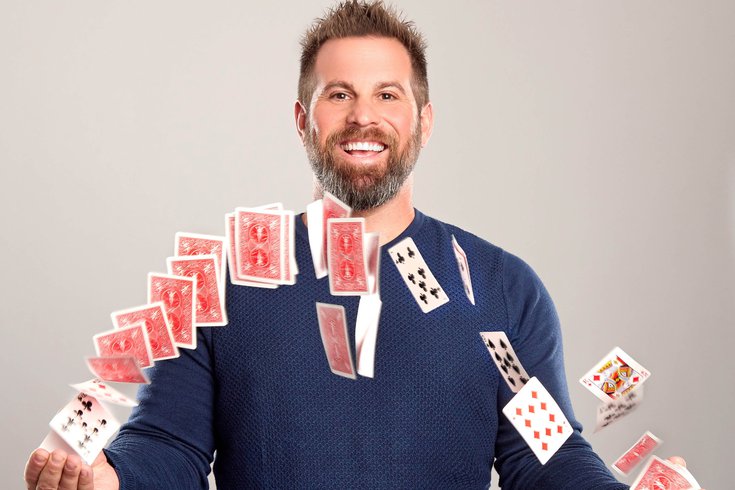 With a magical act and a magnetic personality, former Philadelphia Eagles Long Snapper, Jon Dorenbos triumphantly returns to The Event Center at Live! Casino & Hotel Philadelphia on Saturday, October 1, 2022. Guests will get to experience the magic of this “America’s Got Talent” finalist first-hand when he returns to the City of Brotherly Love.

Showtime is 8 p.m. Tickets start at $45 and are available for purchase now at philadelphia.livecasinohotel.com.

Jon Dorenbos played 14 seasons in the NFL, notably making the Pro Bowl twice as a member of the Philadelphia Eagles. In 2016, Jon competed on “America’s Got Talent” where he showcased his skills as a slight-of-hand magician, making it to the finals and placing third overall in the competition amongst tens of thousands of competitors. He then put his talent on display as a guest on “The Ellen DeGeneres Show,” who quickly become one of his biggest fans and advocates. Jon has appeared on Ellen’s show in various capacities as well as on NBC’s “TODAY.” He retired from the NFL after he was diagnosed with a life-threatening heart condition requiring emergency open-heart surgery.

Known for his great sense of humor and positive outlook on life, Jon uses his skills as a magician and his incredible life story to inspire audiences around the world. He wrote a book entitled "Life Is Magic" that draws a roadmap for how to shut that self-doubting voice up by choosing happiness.

Dorenbos is currently headlining “America’s Got Talent Las Vegas LIVE” through September 11. He is performing to sold-out crowds with a cast comprised of previous winners, finalists, golden buzzer acts and fan-favorite talent.

Live! Casino & Hotel Philadelphia hosts Jon Dorenbos on Saturday, October 1 in The Event Center. Parking is free, and there’s easy, convenient access to The Event Center by parking in the Self-Park Garage off Darien Street.