Foreigner will stroll down memory lane in Bethlehem on Monday night 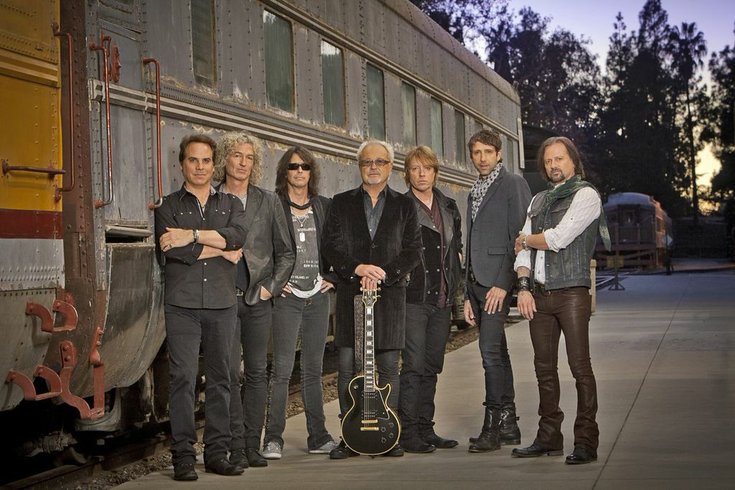 Foreigner will perform on Monday, March 12, 2018, at the Sands Bethlehem Event Center.

A barrage of hits was delivered when Foreigner returned to Camden's BB&T Pavilion in the summer of 2017.

"Feels Like the First Time," "Urgent" and "Juke Box Hero" are just some of the familiar tunes highlighted during the local stop of the band's ongoing 40th Anniversary tour. Their catalog is such that finding songs to play isn't the issue.

"The only problem we have when we make up a set list is figuring out what songs we're going to leave out," bassist Jeff Pilson said on the phone from Austin, Texas. "The only unfortunate thing is that we can't play every hit."

If only every band had such a problem.

"Waiting for a Girl Like You," "Cold As Ice," "Double Vision," "Hot Blooded" and "I Want to Know What Love Is" are just some of their tunes that landed on Billboard's Top 40. They also enabled Foreigner to sell more than 80 million albums.

"The success this band has had has been staggering," Pilson said. "It's easy to see how and why the band has been so successful."

Pilson is referring to the lone original member of the band, guitarist-songwriter Mick Jones.

"There's no one quite like Mick," Pilson said. "He's always been so good at writing a hook. He can write any type of song. He can write the rockers and the slower songs. Compare the riff he wrote that kicks off 'Dirty White Boy' with 'I Want to Know What Love Is.'"

The current-day Foreigner does not perform a paint-by-numbers set; the band jams at points during their shows, much to Pilson's approval.

"The music we make is fun. The songs also take people back to a particular place in their lives." --Jeff Pilson

"I love it when we go off during 'Juke Box Hero,'" said Pilson, adding that his favorite part of the show comes during "Urgent," specifically multi-instrumentalist Thom Gimbel's sax solo. "Part of it is what Thom does, but so much of it is the crowd going crazy.

"I love watching the air-sax solos and the guitar solos. The music we make is fun. The songs also take people back to a particular place in their lives."

For the second time since 1994, Foreigner -- which is also comprised of vocalist Kelly Hansen, guitarist Bruce Watson, keyboardist Michael Bluestein and drummer Clint Frazier -- will return to the studio to craft a new album.

But how will the band find a place for new songs in their setlist?

"That's a good question," Pilson said. "That will be a good problem to have. We'll figure it out."

Pilson is all about going with the flow. Formerly with the metal band Dokken, he thought he was finished with touring after the turn of the century.

"But I was asked to join Foreigner," Pilson said. "I was seduced by the opportunity to play Mick's songs and I was told it was just going to be weekend work. That didn't happen, and I guess it's a good thing because Foreigner isn't a part-time operation.

"I'm not ready to quit the road. If anything, I've been re-energized by what I've done with Foreigner. How can you not be since I'm part of a hit machine?"