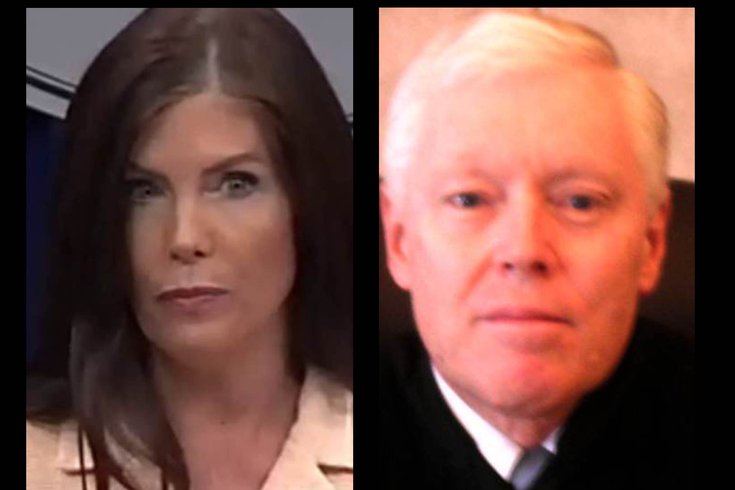 A spokesman for the Pennsylvania Attorney General's Office said Thursday that attorneys for Kathleen Kane will file a motion with Montgomery County Court next week to vacate a court order keeping secret a series of pornographic emails between state officials.

Earlier Thursday, Montgomery County Judge William R. Carpenter said he will not release the chain of pornographic emails because Attorney General Kane has not filed a request with the court.

Kane, who was charged last week with unlawfully leaking secret grand jury information, contended Wednesday she was targeted for uncovering a chain of "filthy" pornographic, and racially and religiously offensive emails exchanged by state officials, including judges and prosecutors.

While maintaining her innocence, Kane called on Carpenter, who oversees grand juries, to release the emails.

In his statement, Carpenter, a Republican, defended the work of the grand jury panelists and his supervision of the process.

"I made no decision based on politics, gender, anger, bias, or prejudice," Carpenter said in his statement. "The emails that are in Attorney General Kane's possession were not introduced into evidence" to the grand jury.

The judge said Kane has not filed "any petition, pleading, motion, or other requests for court action."

"Accordingly, I will take no official action at this time," Carpenter said.

On Wednesday Kane called her indictment a “stealth political weapon" meant to divert attention from emails her office uncovered in reviewing how the former Attorney General's office had conducted the Jerry Sandusky child-abuse investigation.

The trail of emails has been hidden by a veil of grand jury secrecy, she contended.