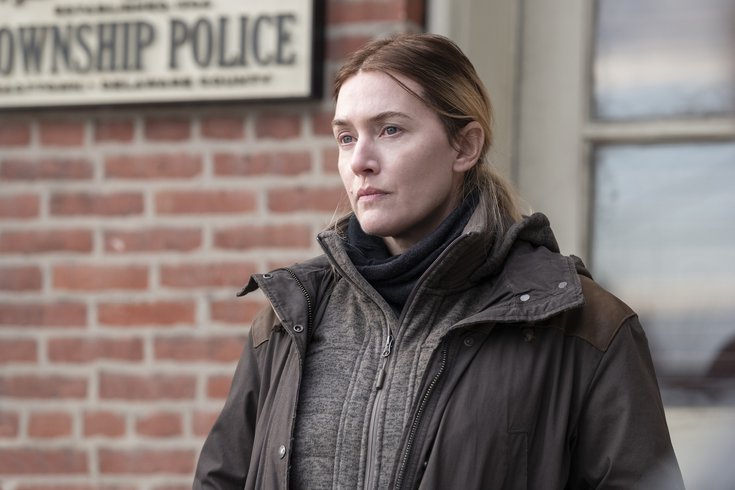 In "Mare of Easttown,' Kate Winslet's character, Mare Sheehan, is a detective tasked with solving a local murder while trying to manage struggles in her personal life.

The highly-anticipated debut of "Mare of Easttown" aired Sunday night on HBO and viewers were pleased with the limited series' first episode.

Fans could not get enough of Kate Winslet's Delaware County accent in her role as the show's main character. The British actress earned strong reviews on social media for her portrayal of the region's unique dialect.

Viewers didn't have to wait long to hear Winslet's Delco accent, as she broke it out in the opening scenes of the small town murder mystery.

Here's what some viewers said on social media about her performance.

Kate Winslet nailed the O of a Philly accent.

You should fear Kate Winslet for her Philadelphian accent!!

Kate Winslet’s new show is set in delco. She learned the accent and there’s really nothing this woman can’t do!! Highly recommend #MareOfEasttown on HBO!!

I had been warned that the way Kate Winslet says "overdose" in her Philly accent on "Mare of Easttown" was a wonder of the world, but it still blew me away.

Doing the Delco accent well was important to Winslet when she signed onto "Mare of Easttown," the actress told the Inquirer.

Along with the dialect, there were several other cultural references to the Philly region during the "Mare of Easttown" premiere. Among those included hoagies, cheesesteaks, Wawa, Cheez Whiz, the Phillies and the Eagles.

Set and filmed in Philly's western suburbs, the first episode established the main storylines and characters that viewers will follow during the seven-part drama.

The series is centered around Winslet's character, Mare Sheehan, a detective tasked with investigating a local murder as she endures struggles in her personal life.

Despite being a local celebrity and earning the nickname "Lady Hawk" for her high school basketball stardom in Easttown, Sheehan's life is far from perfect.

Sheehan's inability to solve a missing persons case has caused a rift with her former teammate, Dawn Bailey, the mother of the girl who has not been found. The tense dynamic between the characters was on display during a scene in which Sheehan's high school basketball team was honored with a 25th anniversary reunion.

Viewers learned that Sheehan's life at home as a divorced mom and grandmother is not easy. Her relationships with several family members, including her teenage daughter and newly-engaged ex-husband, are complicated. Sheehan had a son who committed suicide, a storyline that the show briefly hinted at and likely will be further developed over the next six episodes.

The show also introduced viewers to a potential love interest of Sheehan's in Richard Ryan, a creative writer and professor who met "Lady Hawk" at a bar.

The series premiere left viewers with a cliffhanger. A teenage mother named Erin McMenamin was found dead in a creek at the end of the episode.

"Mare of Easttown" is available to stream on HBO Max.