Filming for third season of M. Night Shyamalan's 'Servant' is underway in Philly 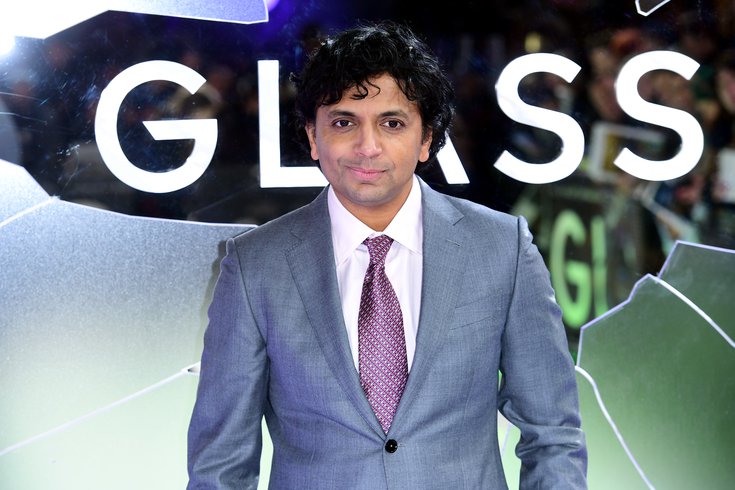 M. Night Shyamalan's 'Servant' has primarily been filmed in Philadelphia and Delaware County over the first two seasons of the show.

It appears that film production for the third season of M. Night Shyamalan's horror show "Servant" on Apple TV+ is set to resume in Philadelphia this week.

Residents and business owners in Rittenhouse Square and Fitler Square received fliers in their mailboxes and at their doorsteps earlier this week informing them that scenes will be filmed in both neighborhoods this Tuesday through Thursday.

The notices were delivered by Uncle George Productions, LLC, a Garnet Valley, Delaware County company that is involved with the location of the project.

Production crews could be seen in both neighborhoods building sets and setting up equipment for filming this week.

One location where sets could be seen being built by production crews was in Fitler Square Park, which will be closed off to the public from Tuesday through Thursday this week.

In order to make film production possible, Philadelphia police will be closing down several streets and implementing no parking zones in both neighborhoods.

The 200 and 300 block of South 24th Street, the 2400 block of Delancey Place and the 2300 block of Pine Street will all be closed off to vehicular traffic this Tuesday from 7 a.m.-7 p.m. Those hours could be extended for the following two days of film production.

Below are the following no parking zones that have or will take effect in order to support film equipment and production vehicles. Traffic cones and parking signs have been placed in the appropriate spots to designate these locations.

Residents are asked to move their cars before filming commences. Any cars not moved will be relocated to another street in the neighborhood.

Resident displacement parking is being offered on the north side of Locust Street between 20th and 23rd Streets from this Sunday until next Saturday at 9 a.m.

Production crews and cast will be following strict health and safety protocols during production. Regular COVID-19 testing will be conducted prior to filming. Cast and crew will need to self-monitor for symptoms. All production crew will be mandated to wear face coverings at all times and practice social distancing whenever possible.

Shyamalan said last month that the first episode of the third season has already been filmed.

Didn’t get a chance to tweet about wrapping on my directing episode 301 for @Servant I am always astonished at how hard it is to direct. The amount of self doubt, the feeling of being overwhelmed, the risk of failure. To young artists: keep risking. It’s worth it.

Production for season three of "Servant" officially started in March when Shyamalan, the cast and crew were spotted filming scenes on the Ocean City boardwalk at 14th Street, according to Philly Chit Chat.

Filming for the first two seasons of "Servant" has primarily taken place in Philadelphia and Delaware County.

Exterior scenes have been shot in Center City around Spruce and 21st streets. The interior sets were constructed in a former paint factory in Bethel Township.

Filming for the second season was put on hold last March due to the COVID-19 pandemic. Production resumed this past September, resulting in fake snow that blanketed parts of Spruce Street in Fitler Square last October.

During an Ask Me Anything session on Reddit in February, the Montgomery County native Shyamalan talked about why he loves filming in the Philly region so much. Shyamalan's Chester County-based production company, Blinding Edge Pictures, is involved with the project.

"For 'Servant,' placing it right in the center of the city on Spruce Street was a big deal," Shyamalan said. "It makes it feel real and close to my heart. All the ideas of what it's like to walk through the city, or what it's like to live on that street, are from people that I know. There's an authenticity to it."

"Servant" follows a Philly couple, Dorothy and Sean Turner, who are coping with the tragic loss of their 13-week old infant son. Dorothy is a local news reporter, while Sean is a stay-at-home consulting chef.

After the death of their baby, the couple hires a nanny from Wisconsin named Leanne Grayson to watch after their reborn therapy doll, Jericho.

But the doll causes a rift in the couple's marriage, as Dorothy convinces herself that it is an actual living infant. The arrival of Grayson also brings about mysterious happenings both between the couple and in their Philly home.

The second season debuted on Apple TV+ in January. Viewership for "Servant" is way up from Season 1 to Season 2, more than doubling the audience that saw the beginning of the first season when it premiered in early 2020.

Below is the trailer for the second season.