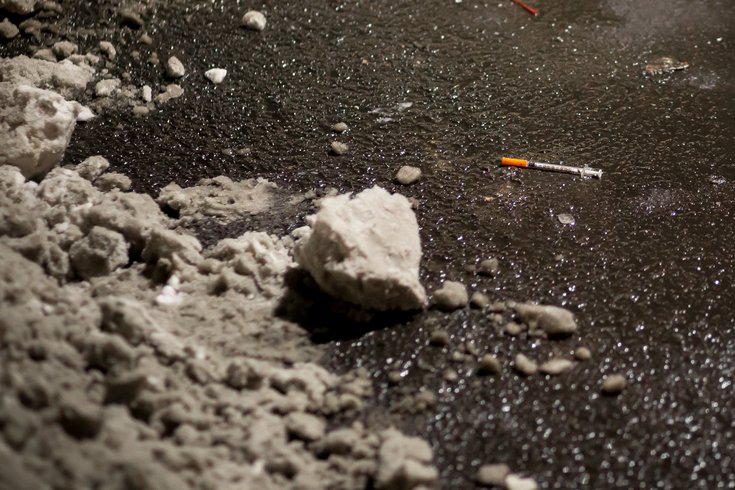 Syringes, empty prescription containers, cigarette butts and garbage- mixed with slush litter the streets near a camp on Kensington Avenue.

The last major encampment in Kensington, beneath the Emerald Street bridge along Lehigh Avenue, is scheduled for clearing Thursday as temperatures reach down to the bitter single digits.

Police and city workers will visit the site, known as "Emerald City," working to place its inhabitants, many of whom are homeless and addicted to opioids, into homeless shelters or treatment programs.

According to WHYY, shelters for people with addiction are filled to capacity, but officials are insistent that they will find a place for whoever remains in the area. Last summer the number of people at the encampment reached more than 100, the Philadelphia Police Department reported. According to Philly.com, about 30-40 people were still there, even as winds and temperatures grew harsher.

Liz Hersh, director of Philadelphia's Office of Homeless Services, told WHYY the city would make suboxone treatment more available to help with those who could suffer from opioid withdrawal.

Thursday a new navigation center for people who are homeless and addicted to drugs also will open after delays finding a location. The location of the new center has not been shared.