Shows to see at the Kimmel Center in January

Four must-see productions, from a children's musical to a jazz performance 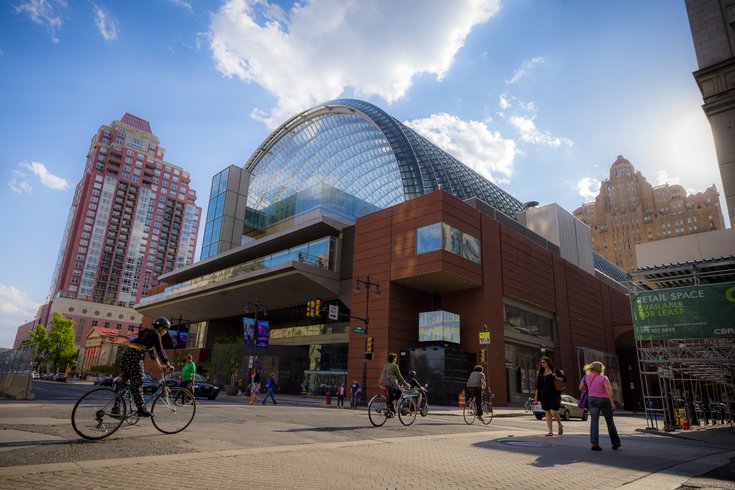 The Kimmel Center for the Performing Arts.

The Kimmel Center offers a variety of productions through January, but here are four of the most prominent upcoming shows. Find a family-friendly musical, a love story, a rock and roll spectacle and a jazz performance in the roundup below.

Mister Rogers' Neighborhood was the inspiration behind the hit children's show “Daniel Tiger’s Neighborhood,” airing daily on PBS Kids. The characters based on the Neighborhood of Make-Believe make their debut as theater stars in Philadelphia. The new interactive musical adventure, "Daniel Tiger's Neighborhood LIVE!" is full of singing, dancing and other surprises.
There is also a chance for meet-and-greets with the characters.

This eight-time Tony Award-winning musical production is returning to Philadelphia. The show will play a limited engagement at the Kimmel Center’s Academy of Music Jan. 15-17. "Once," tells the story of an Irish musician and a Czech immigrant drawn together by their shared love of music.

The Kimmel Center welcomes back radio legend and Philadelphia’s "King of Rock and Roll" Jerry Blavat for a special performance on Thursday, Jan. 28 at 8:00 p.m. Commonly referred to as the “Boss with the Hot Sauce,” Blavat is a cultural icon in Philadelphia, well-known for his on-air personality and knowledge of music, writers and performers.

The show will feature an arrangement of special guests performing feel-good hits from the late '50s and early '60s.

It's a tradition for guests to head to the Commonwealth Plaza for cocktails and dancing before performances when Blavat is in town, so don't miss out.

UPDATE: Jerry Blavat concert has been postponed from Saturday, Jan. 24 to Thursday, Jan. 28 because of blizzard warning.

Singer, actress and writer René Marie will be performing her Grammy-nominated album "I Wanna Be Evil (with Love to Eartha Kitt)" on Saturday, Jan. 30.
The album is a tribute to Kitt, who was an inspiration to Marie.