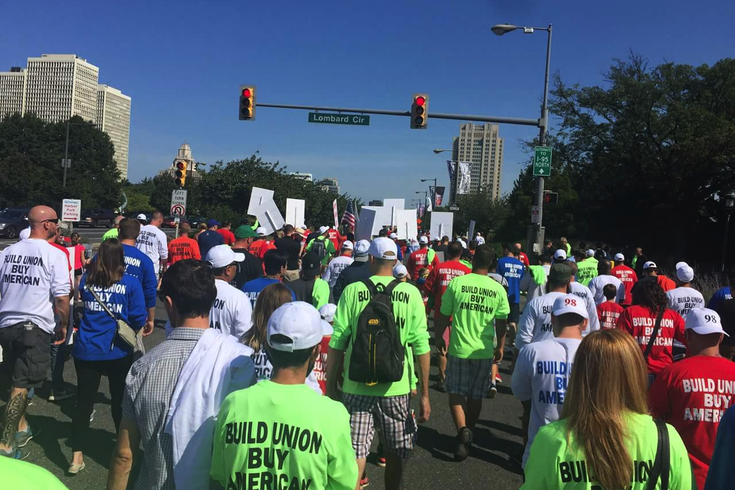 The 40-hour work week, overtime pay, the minimum wage and weekends off were all secured by unions. Likewise, unions fought for benefits such as paid vacations, paid holidays, sick leave and work breaks. By fighting for fair wages through Collective Bargaining, unions helped create America's middle class and even afforded higher wages for our non-union counterparts. At the turn of the 20th century, when unscrupulous corporate robber barons were using young children for physical labor, unions fought for and saw enacted national Child Labor Laws that put an end to corporate America's abuse of children in the workplace.

Similarly, to protect the health and safety of all workers, it was the labor movement that pushed for the creation of the Occupational Safety & Health Organization (OSHA), healthcare coverage, and Workers' Compensation to provide financial assistance for those injured on the job. To provide an economic safety net for workers in their later years, labor created the pension system. To prepare the next generation of skilled trades workers, unions created apprenticeships, the largest career training program outside the U.S. military.

So, this weekend, you can honor America's proud labor movement by serving union-made hot dogs, hamburgers, soft drinks and beers at your family picnic. For a list of products, visit www.aflcio.org. Have a safe and happy Labor Day!