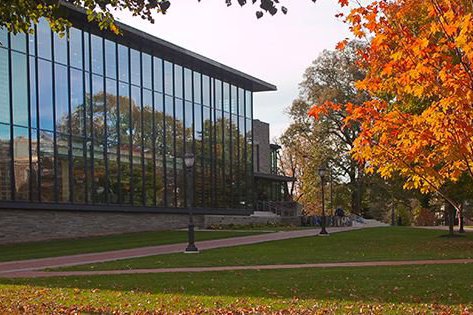 Gavin Lee Casdorph pleaded guilty in federal court to making bomb threats at Layfayette College in May 2018 while posing as a member of ISIS.

A man, who claimed to be a member of ISIS and said he had planted explosives around the campus of Lafayette College, has pleaded guilty to charges in federal court.

Gavin Lee Casdorph, of Anchorage, Alaska, made the online threats in May 2018, identifying himself to school administrators as a radicalized Muslim student at the college in Easton, Northampton County. Casdorph pleaded guilty making false threats during a hearing conducted by video teleconference on Monday, the U.S. Attorney's Office of Eastern Pennsylvania said.

Casdorph was not actually a student at Lafayette College nor was he member of ISIS. The 21-year-old had built a fake identity by using the anonymous web browser TOR, making a fake Twitter account under the name "BdanJafarSaleem," and sending the threatening emails members of the college's admissions department.

In the emails, which had the subject line "ISIS Will Prevail: Allah Is The One True God," Casdorph described himself as an economics student who was being mocked for his religious beliefs. On his twitter, Casdorph posted photos of the ISIS flag and firearms. He also posted a letter stating that his grandfather had died and his girlfriend had broken up with him, but he had "found faith and healing in Allah," both of which were false.

On Twitter and in the email to Layfayette faculty, Casdorph claimed he would detonate bombs he had placed throughout the campus.

The threats launched an FBI investigation that spanned three states and two continents, and led to Casdorph's arrest in December 2018. In interviews with law enforcement, Casdorph admitted that he was behind the bomb threats.

Casdorph also admitted he made the bomb threats following an argument with an online gamer.

The defendant's email had warned that if students were evacuated, they would be "playing right into my plan ... I plan to inflict the most damage possible." Although the school was not evacuated nor did it enter lockdown, Lafayette's students were told to remain in place while threats were investigated. As a result of the bomb threat, Lafayette College changed the location of its 2018 commencement ceremony.

"While the threats made against the campus in 2018 were determined to be a hoax, their impact on our students, faculty and staff were very real,” Byerly said. "The conclusion of this matter provides our community with much-needed closure."

LehighValleyLive reported the charge against Casdorph carries a maximum sentence of 10-years in prison and a $250,000 fine, and he is scheduled to be sentenced at a hearing on Aug. 3.