The songbird has attracted eager visitors to Lancaster County 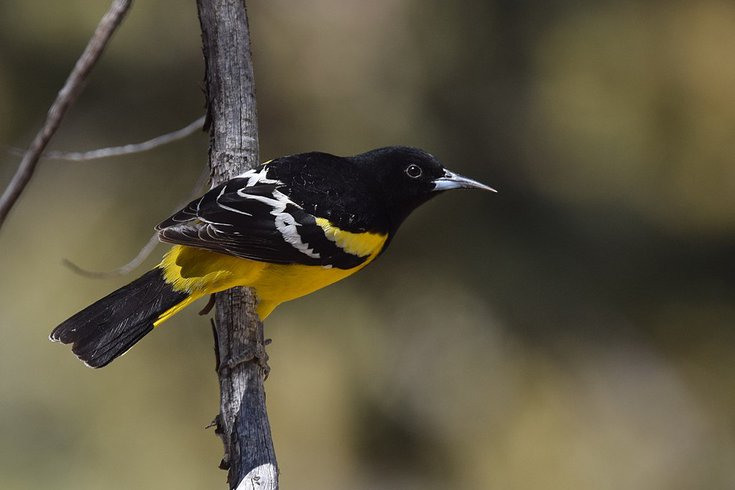 The Scott's oriole, pictured above in Arizona, is native to the southwestern United States and Mexico. A rare appearance in Lancaster County has drawn birders from across the region.

Bird watchers have flocked to Lancaster County in recent days to see an unusual visitor — a Scott's oriole typically found in the southwestern United States and Mexico.

The oriole has made a home this year in Colerain Township, where several hundred birders have traveled from across the region to see the yellow-bodied bird, Lancaster Online reported.

Highlight was this stunning Scott’s Oriole in the middle of Amish country, Pennsylvania of all places pic.twitter.com/G4GBhOHwPk

Among New World orioles, residents in the eastern U.S. are familiar with the Baltimore oriole and Orchard oriole, which are fairly common sightings.

But the Scott's oriole, named after American military commander Winfield "Old Fuss and Feathers" Scott, is not often found in Pennsylvania and other eastern states. Its distinctive yellow body and white-striped wings set it apart from other orioles, though some of its relatives share similar markings.

A family living near the bird's home began seeing it in January, and when a birder friend noticed the rare species, he informed the birding community in Lancaster County. A representative from the Pennsylvania Society for Ornithology later confirmed that the bird is a Scott's oriole.

The property owners have since set up a visitors log for birders to respectfully check out the rare sight, an exciting moment for bird enthusiasts in Pennsylvania.