Andersen, 68, will only call 40 home games this season 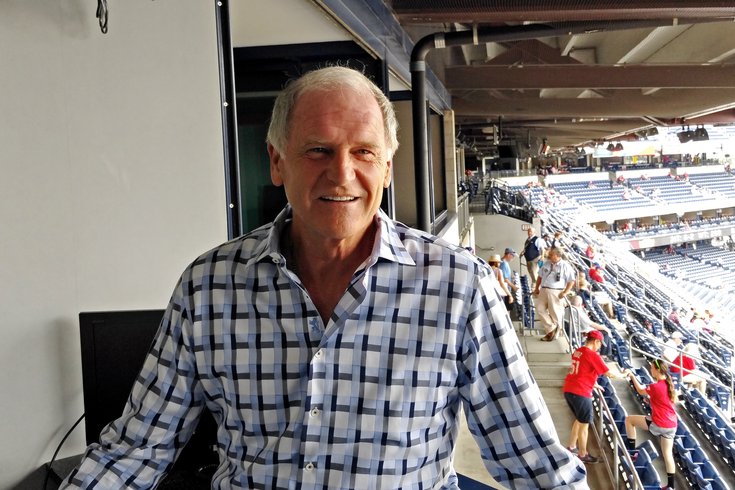 Larry Andersen is cutting back on his job as the Phillies' radio color analyst.

The team announced Thursday that Andersen has reduced his role to calling just 40 of the Phillies' 81 home games this season.

“The Phillies have been very understanding and accommodating in my desire for a scaled-back schedule,” Andersen said in a statement. “This was not an easy decision for me, but I believe my new schedule is a nice middle ground that is a win-win for me, the Phillies and the fans.

"For the past 15 years, [play-by-play announcer Scott Franzke] and I have developed an incredible relationship. We kid each other a lot, but he is one of the main reasons why this decision was so difficult and why I don’t want to completely walk away at this point.”

Phillies color analyst Larry Andersen has decided to further reduce his role for the 2022 season by calling 40 of the team’s 81 home games. Andersen will work alongside play-by-play announcer Scott Franzke for weekend games at Citizens Bank Park.

Andersen, 68, has been part of the Phillies' broadcast team since 1998. He's scaled back on his radio job before, making a transition to call just home games ahead of the 2018 season.

The former reliever is in the final year of his current contract.

“Selfishly, I want Larry to work the broadcast with me forever,” Franzke said in a statement. “However many games he can be with me, whether it’s one or 100, it’s always a privilege and a treat. He’s meant the world to me, on and off the air, and that’s probably not a big surprise to anyone. I want Larry to get exactly what he wants out of life and baseball, because he’s earned it.”

Michael Bourn, Chad Durbin, Erik Kratz and Kevin Stocker were announced earlier in the month as a broadcast platoon for the Phillies' road game this season, but according to MLB.com, they will now split up 122 games (41 home) instead of the original 81.

Andersen and his blunt opinions of the team have been a fixture of Philadelphia summers for well over two decades. But he has definitely earned the right to slow down after all that time.