Every so often, the sharp smack-in-the-face of a true consequence – say, $50 million – provides a moment of clarity to bring real change 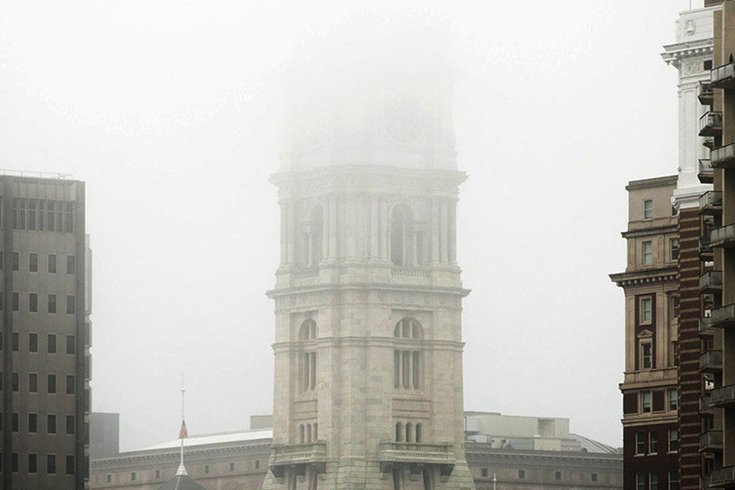 The same cast of characters in City Hall who lost track of more than $30 million and who compiled hundreds of millions of dollars of financial errors are at it again.

While their past actions have been largely errors on city ledgers, their most-recent misadventures will have tangible impacts for Philadelphia residents. This time, the hubris and lawbreaking of high-ranking Kenney administration finance officials will cost the city and school district nearly $50 million in refunds that must be provided to property owners who were illegally taxed by the city in 2018. Every dollar of the $50 million is a dollar that now cannot go to reduce violence, improve schools, clean streets, or reduce the high burden of city taxes.

In a ruling with wide-ranging implications for city real-estate taxation, a Philadelphia judge confirmed that, indeed, taxation must be uniform and the city may not pick and choose which properties to revalue for tax purposes in a given year. The judge concluded that, when city finance officials decided to concentrate reassessment activities on commercial properties to generate additional real estate tax revenues in 2018, the action violated the Pennsylvania State Constitution. In his ruling, the judge concluded:

He then ordered the city to refund tens of millions of dollars to aggrieved commercial property owners.

Of course, this is not the only time that the city has violated the law and illegally reassessed certain properties. Another case involving the latest round of reassessments is making its way through the court system today on behalf of residential real estate taxpayers to attack this very illegal but very common Philadelphia finance practice. While an appeal of this most-recent ruling is likely, the law that demands fair valuation for all properties is clear and justice is unrelenting.

The stunning and blatant disregard for the law demonstrated by top city officials with regard to city real estate assessment practices continues without sanction or accountability from the mayor. Despite a legal requirement to publish the city's assessment methodology, top city finance officials refuse to deliver the legally mandated transparency. Independent analyses conclude that city assessments still fail to meet industry standards for fairness. That willful disregard for the law and for the residents of Philadelphia who deserve an open and transparent government may be tremendously frustrating. But, as the multi-million-dollar consequences of this recent legal ruling should make clear, there is a true and expensive cost to Philadelphia for the law-breaking ways of our city-finance honchos.

It is long past time for Philadelphia to properly, accurately, and fairly administer annual real estate tax assessment – and it is long past time for Mayor Kenney to oust the top finance officials responsible for the continued lawbreaking that has now cost the city and school district so dearly. (Of course, if the orders to break the law are coming from the mayor, himself, it is time for city finance officials to blow the whistle and tell the public how our government is truly administered.)

In so many cases, Philadelphia government officials look the other way when they should be enforcing the law (looking at you, officials who do not ticket those who park in the South Broad Street median, and you, officials who do not crack down on construction disruptions that force pedestrians off sidewalks into busy streets). In so many ways, Philadelphia government officials put their thumbs on the scale to help the connected and victimize the public (talking about you, architects of land sales through councilmanic prerogative and you, crafters of the police administration building deal).

In so many instances, the do-it-and-duck mentality in Philadelphia government counts on inadequate enforcement mechanisms to preserve the capacity to do wrong (pointing a finger at you, who flaunt campaign-finance rules and you, who inadequately inspect construction and demolition sites).

In all these ways, corrupt, unjust and illegal activities persist because we, collectively, provide no consequence to stop the wrongdoing. But, every once in a while, the sharp smack in the face of a true consequence provides a moment of clarity to bring some real change. Hopefully, that is the case with this judicial ruling and the promise of $50 million worth of reasons to create some true accountability:

• Fire the officials responsible for the decision to blatantly break the law.

• Hire officials who will run a fair and just system of real estate assessment.

• Repeat for every other instance of systemic lawbreaking and injustice being carried out by city government.

Brett Mandel is Democratic committee person in the 8th Ward/28th Division and former director of financial and policy analysis under former City Controller Jonathan Saidel. He is a lifelong Philadelphian. His opinions appear occasionally on PhillyVoice.