There was a lot of information to be gleaned at Skate Zone in Voorhees on Tuesday, when the Flyers cleaned out their lockers, went through exit interviews with team officials, and talked with the media one last time. For the big story, we focused on the upcoming free agents.

Here are a few other things we learned:

After the season ends, we actually figure out what “upper-body injuries” are. In Sean Couturier’s case it was a Grade 2 or 3 sprain of the AC joint in his shoulder. Believe it or not, Couturier tried to skate as early as after Game 3 but said he quickly learned that he couldn’t shoot at all. How about Game 7, though?

“At the same time, I probably could have found a way,” Couturier said. “But you got to think too if I play and let’s say we win and then I’m out for the rest of the playoffs, you’re back to kind of a tough situation to calculate.”

Couturier doesn’t believe that he’ll need surgery and estimates that he will be back to 100 percent in a few weeks.

Voracek admitted he was banged up; Giroux didn’t

Voracek admitted that the foot he injured back in February still wasn’t 100 percent, but he emphasized that it still wasn’t an excuse for only scoring one goals in six games. That said, the 26-year-old just didn’t have the type of burst that he usually possesses.

When asked about his performance on faceoffs, Claude Giroux didn’t say he was hampered by an injury in the series against Washington that saw him register only one point in six games.

“Was I that bad on faceoffs?” he asked. To be fair, he wasn’t: Giroux went 77-75 in the faceoff circle, which might not be up to his regular season standard (57.5%) but is good enough. Still, his overall offensive output was disappointing.

Steve Mason admitted that it wasn’t an easy year for him individually. He started the season out poorly with a disastrous start in Florida after some personal issues. Then he rebounded to carry the Flyers to the playoffs down the stretch, only to be yanked from the lineup after three tough playoff games for Michal Neuvirth. 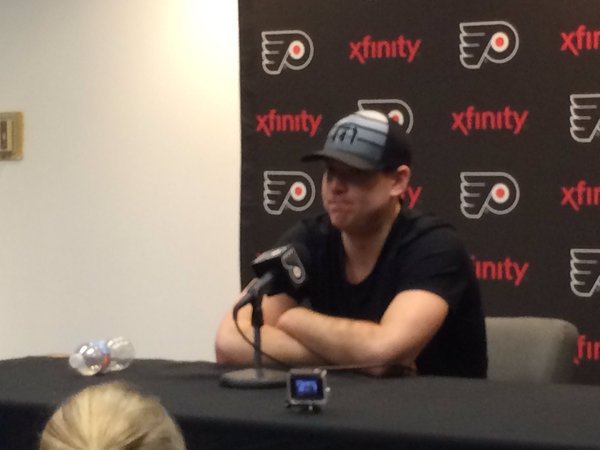 It wasn’t the first stretch of the season that Dave Hakstol used Neuvirth more than the average backup goalie.

“All the credit to him,” Mason said. “He deserved the ice time that he got and as a goalie you want to play every game, but sometimes you’ve just got to accept the fact that a guy has come in and earned his ice time.”

Neuvirth, of course, was incredible against Washington, the Flyers’ playoff MVP by a mile. In three games, Neuvirth stopped 103 of his former team’s 105 shots. 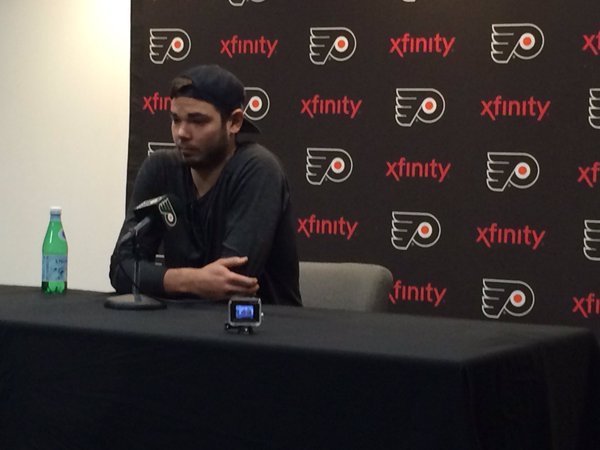 Both goalies are entering the final year of their contracts. The money would indicate that Mason is the starter ($4.1 million, as opposed to Neuvirth’s $1.6 million), but the backup seems to believe it will be more of an open competition.

“No, I can’t say that,” Neuvirth said when asked if he views himself as the team’s No. 1. “You know, it’s been a very good year. Mase has been good as well. You know, I think it’s going to be open for anybody. You know, my goal is to be a No. 1. That’s what I’m hoping for.”