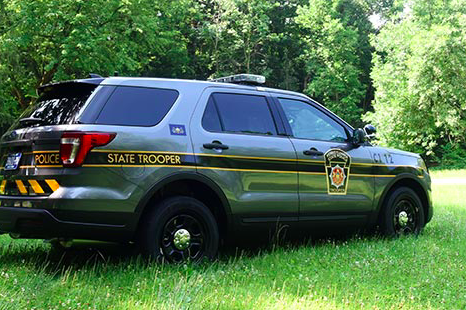 A 50-year-old man died in an explosion Tuesday in Lower Milford Township, where a shipping container filled with fireworks created a chain of blasts, according to Pennsylvania State Police.

The victim was identified Wednesday as Brian Ehret. The incident occurred in the backyard of a property he owned on the 8400 block of Orchard Road.

State troopers from the Fogelsville barracks responded to the scene around 3 p.m. Tuesday. They determined the explosions — which continued for hours — were coming from the shipping container, The Morning Call reported.

Ehret was taken to Lehigh Valley Hospital-Cedar Crest and was later pronounced dead. A second victim who was not identified also went to the hospital, but their status was not immediately known.

Residents in the area reported hearing fireworks in the area of Orchard Road. Township officials were aware of theses reports and attributed the spike in fireworks complaints to Pennsylvania's recently changed laws, which now allow aerial fireworks to be used under certain conditions.

Officials warn of the dangers of fireworks around the Fourth of July, when accidents often are reported relating to their use or improper storage.

An autopsy to determine the exact cause of Ehret's death is scheduled for Thursday. A state police investigation into the cause of the explosions remains ongoing.