Poll: Less educated more likely to think being gay is 'a choice' 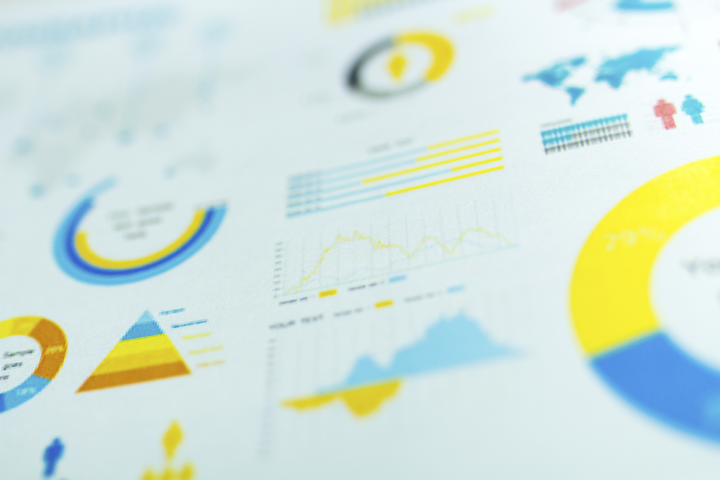 Read More
There is still a lot of division among Americans on wether being gay or lesbian is "a choice," according to Pew Research.
In the wake of potential Republican residential candidate Ben Carson saying being gay is "a choice," Pew's Fact Tank blog released data compiled from a poll asking respondents to give their view on why gay people are gay. The results: 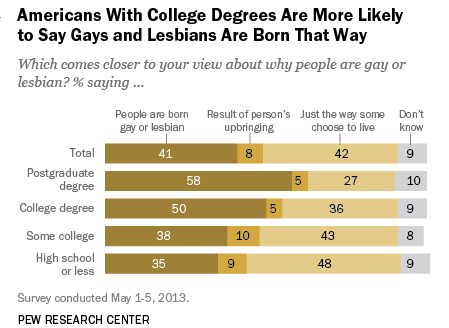 As seen in the poll, respondents with a postgraduate or college degree were more likely to think that people are born gay or lesbian, while respondents either some college, high school, or less were more likely to say it's "just the way some choose to live."
While that poll may provide some concerning numbers for the LGBT community, the most recent Gallup Poll asking American's wether people are either born gay or become gay because of their upbringing/environment shows that of the two views the former is eclipsing the latter: 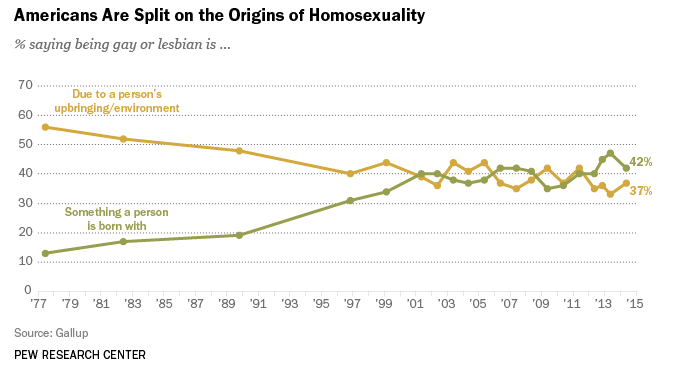 Some researchers have spoken out in response to Carson's comments, many saying that science says being gay is not a choice. In a CNN article, Cynthia Struckman-Johnson, a professor of psychology at the University of South Dakota, commented on the subject:
"Sexual orientation is biologically determined. I don't think any educated person aware of the research would argue differently."
Carson has since apologized for his comments, but not before Saturday Night Live had their way with him.