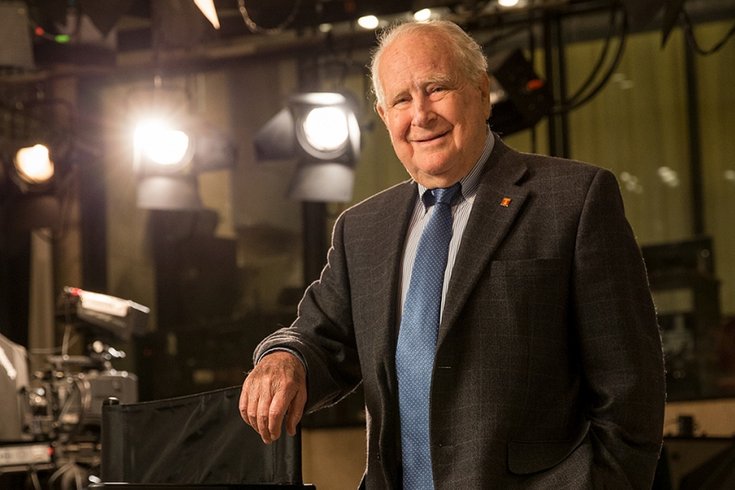 Lew Klein, a pioneer in the broadcasting industry and major figure from Temple University, died on Wednesday at the age of 91.

Philadelphia media pioneer Lew Klein died on Wednesday at the age of 91.

Temple University's school of media and communications, which was named for Klein in 2017, confirmed his death on Thursday.

Klein started teaching television classes at Temple in 1952 and continued to do so for 60 years. Professionally, he served as the programming director for Triangle Group and co-founded Gateway Communications, which owned four CBS stations. He produced the Phillies telecasts for 15 years and helped create "American Bandstand" as a producer.

His legacy in media will persist through Temple's Klein College of Media and Communications, where he and his wife, Janet Klein, recently made a multi-million dollar gift. The couple also donated their archives to Temple University Libraries. And recently, the Temple Performing Arts Center was dubbed Lew Klein Hall.

Dean of Klein College David Boardman posted a tribute to Klein on Thursday morning on Facebook, calling him "one of the most remarkable men I have ever known."

“Through the decades of his remarkable career as a pioneer of television, Lew Klein taught part-time at Temple University, starting in 1952,” Boardman said. “He did that not for money, but as a way to serve his community and his profession by helping shape the journalists and broadcasters of the future.

It is with a heavy heart that we share news with you that Lew Klein has passed away. The loss to our college, and to many of us personally, is immeasurable. Take a moment today to reflect on our beloved friend and colleague’s many contributions to our college, to our students and to those he knew and helped professionally and personally. Read more about Lew’s legacy on klein.temple.edu

“Over his 67 years at Temple, Lew had a profound impact on thousands of careers, including my own. I could not be more proud to have our college graced with the name of this creative, generous and honorable man. We will miss him deeply,” Boardman said.