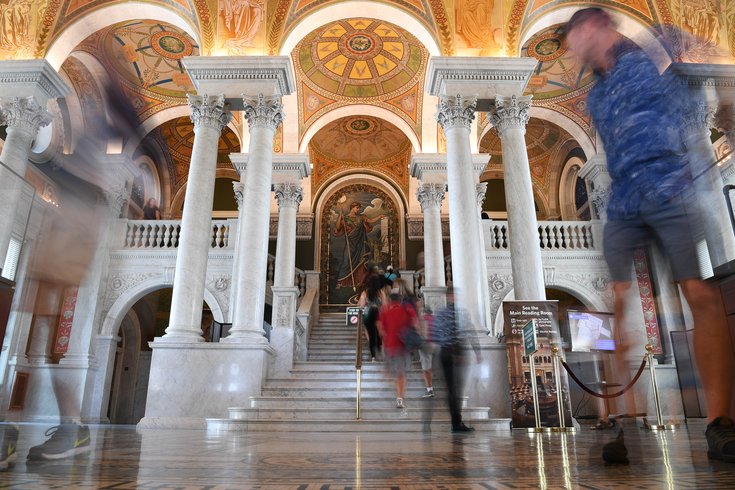 Photo taken on Aug. 10, 2018 shows the interior of the Thomas Jefferson Building of the U.S. Library of Congress in Washington D.C, the United States. Founded in 1800, the Library of Congress is the oldest federal cultural institution in the United States and the largest library in the world. It has more than 167 million items, including books, recordings, photographs, maps and manuscripts.

The Library of Congress added a slew of iconic films to the National Film Registry ensuring they'll be preserved for their cultural significance.

The 25 newly-inducted titles include a couple of film noir, two war films, Westerns, a horror film, and a few Disney notables.

RELATED: 2019 Oscars might not have a host at all this year

“The National Film Registry turns 30 this year and for those three decades, we have been recognizing, celebrating and preserving this distinctive medium,” Librarian of Congress Carla Hayden said in an announcement on Wednesday. “These cinematic treasures must be protected because they document our history, culture, hopes and dreams.”

Select titles from 30 years of the National Film Registry are also available for free online in the National Screening Room.

On Wednesday at 8 p.m., you can see a selection of the films on Turner Classic Movies – TCM – and a discussion of the films between Hayden and movie critic Leonard Maltin.

The addition of Steve Spielberg's "Jurassic Park" makes it the highest-grossing film of the 25 movies, with its worldwide box office sales totaling up to $1 billion.

This year's list also added the 1998 "Smoke Signals," which is the first feature film directed and co-produced by Native Americans. Footage from the 1908 Dixon-Wanamaker expeditions, which was found in an antique store in Montana in 1982, also was included, according to the Library's announcement on Wednesday.

RELATED: TIME names several journalists, dubbed 'The Guardians,' as 2018 Person of the Year

The music festival feature "Monterey Pop" is another notable film added this year. It showcases performances by some of music's biggest names — Jimi Hendrix, Janis Joplin, Otis Redding, and The Who.

Here is the complete registry listing. And below are the 25 newest inductees.

A few other fast facts about the registry:

Addition to the registry means that the titles will be preserved under the terms of the National Film Preservation Act of 1988 — which ensures the conservation, survival, and public availability of significant motion pictures that showcase American history. The number of films in the registry now totals 750.