TIME names several journalists, dubbed 'The Guardians,' as 2018 Person of the Year 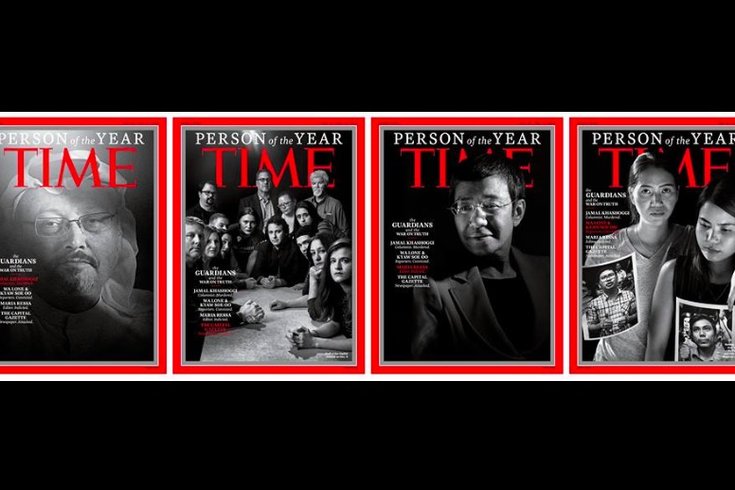 The person, however, is actually persons – the magazine is highlighting four journalists or media teams, each part of what the magazine dubbed "The Guardians," reporters "who have taken great risks in pursuing the truth," as TIME describes them.

Among them is Jamal Khashoggi, the slain journalist whose criticism of the Saudi Arabian government led to his assassination at the Saudi Arabian consulate in Istanbul. The distinction marks the first time an individual has been named Person of the Year posthumously.

The Capital Gazette, the daily paper based in Annapolis, Maryland, where a gunman opened fire inside its newsroom earlier this year, is also among "The Guardians" named by TIME. Five staff members were killed in June when Jarrod Ramos began shooting inside the newsroom, also injuring two other staffers who were trying to escape.

Marisa Ressa, the Filipina journalist and CEO of the Rappler and a former CNN investigative reporter, received the honor for the news organization's coverage of Philippines President Rodrigo Duterte.

"Rappler has chronicled the violent drug war and extrajudicial killings of President Rodrigo Duterte that have left some 12,000 people dead, according to a January estimate from Human Rights Watch," TIME writes.

"The Duterte government refuses to accredit a Rappler journalist to cover it, and in November charged the site with tax fraud, allegations that could send Ressa to prison for up to 10 years."

Lastly are Wa Lone and Kway Soe Oo, two Reuters reporters imprisoned in Myanmar, away from their wives and children, serving time for "defying the ethnic divisions that rend that country," TIME writes.

The reporters worked to document the deaths of 10 minority Rhoingya Muslims. For their coverage, they face seven years in prison, just three years less than the killers they exposed.

Time's Person of the Year features individuals who had the biggest effect, negatively or positively, on the world over the last year. This tradition began in 1927, then known as Man of the Year (which didn't change until 1999!).

Read more about The Guardians here, and see all the year's runner-ups here.