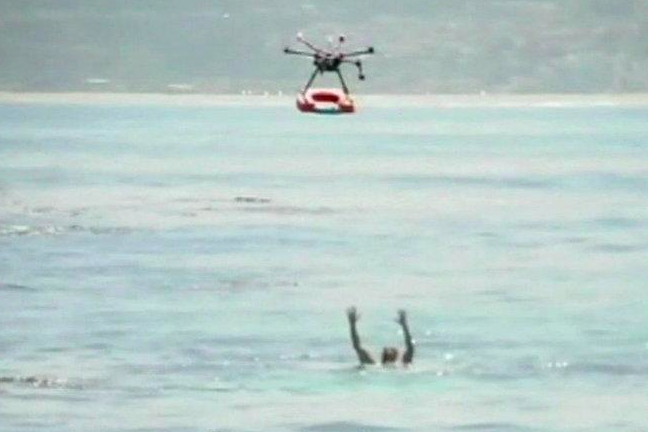 Tests in Chile and Iran are showing that drones could be a big lifesaver and aid to lifeguards during rescues.

Read More
With the merciful closing of winter, it's natural to start daydreaming about trips to the shore and splashing around gaily in shimmering waves.
Of course, when that time arrives and the tide grows strong, safety remains a top priority. While we do our best as humans to muscle through water quickly, the reality is we're slow in there. Marlins can zip through their natural habitat at up to 70 mph, but even world-class swimmer Michael Phelps tops out at about 6 mph, Discovery.com reports.
The future of rescue operations might be here, however, as researchers in Chile and Iran have been testing a remote-controlled UAV lifeguard drone that can hover above public beaches and drop flotation devices into the water during emergencies.

The drones are also outfitted with a camera that can transmit a live feed to lifeguards on the shore, plus loudspeakers for issuing instructions to the swimmer. Painted bright red and hovering above the water, the drone itself serves as a marker for human lifeguards swimming to the scene.

In tests on the Chilean beach, drones reached their destinations in an average of 30 seconds, three times faster than the lifeguards.
Check out a video of the test below.