The injured man remains hospitalized with severe burns in Philadelphia 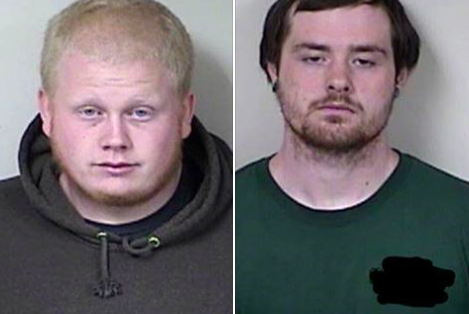 David Suit, 24, and Brandon Perez, 23, allegedly lit their friend on fire as a prank on March 16, 2019, in Mays Landing, New Jersey. The victim suffered severe burns and was hospitalized in Philadelphia.

Authorities in Hamilton Township said Brandon Perez, 23, of Hammonton, and David Sult, 24, of Mays Landing, intentionally lit their 27-year-old friend on fire inside a property in the 2900 block of Cologne Avenue.

Police described the March 16 incident as "a prank that went terribly, terribly wrong."

The injured man, from Brigantine and who was not identified, was first taken by his family to AtlantiCare Regional Medical Center and later transferred to Thomas Jefferson University Hospital in Philadelphia, where he is still receiving treatment for severe burns.

Perez was arrested on March 25 and Sult was taken into custody on Monday.

Both men are charged with aggravated assault, aggravated arson and conspiracy. They are both being held at the Atlantic County Justice Facility.