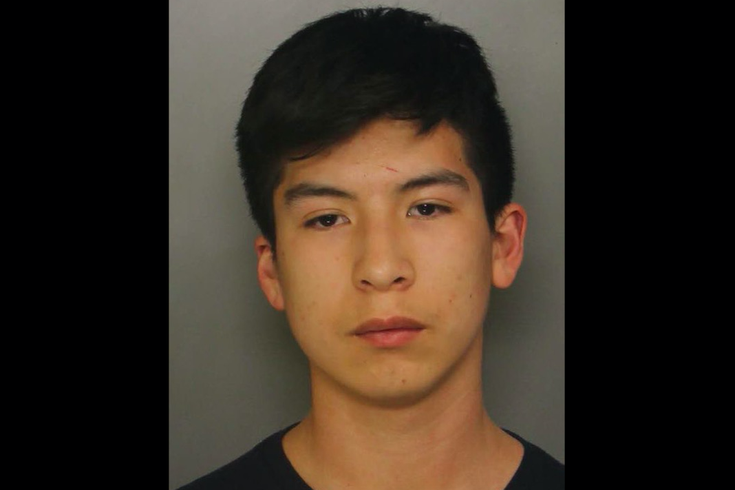 Raul Castro, 15, of Pottstown, is charged with attempted homicide in a shooting in East Coventry Township on April 1, 2019.

A 15-year-old boy is facing attempted homicide charges after he allegedly shot a classmate when they met to fight each other in East Coventry Township, Chester County.

Raul Castro, of Pottstown, was arrested for Monday's shooting after Lower Pottsgrove Police responded to an abandoned railroad bridge by the Schuylkill River. The bridge crosses the dividing line between Montgomery and Chester counties.

Authorities said Castro shot a 14-year-old boy in abdomen and shoulder in the moments before the two were planning to engage in a fist fight. A third teen was also present and placed the 911 call after his friend was shot.

Castro was found on the Montgomery County side of the bridge, where he was taken into custody and told police that he had tried to help the victim after allegedly firing shots at him.

The victim was found with gunshot wounds on the Chester County side of the bridge. He was transported to Reading Hospital and Trauma Center where he underwent emergency surgery.

When authorities found the 911 caller, a 15-year-old boy, he said the three had been friends until the previous weekend. Castro allegedly said he no longer wanted to be friends with them and later arranged by text to set up a "real fight" near the abandoned bridge.

The third teen told police that he ran from Castro when he realized what was happening. He said Castro allegedly fired a third shot at him that missed. Police recovered a Sig Sauer P938 9MM at the scene of the shooting.

"Thirty years ago, this incident would have been a fist fight and nothing else," Chester County District Attorney Tom Hogan said. "But the defendant decided to bring a gun to the fight, almost leading to the first Chester County murder of 2019."

Castro has been charged as an adult with attempted homicide and related offenses.