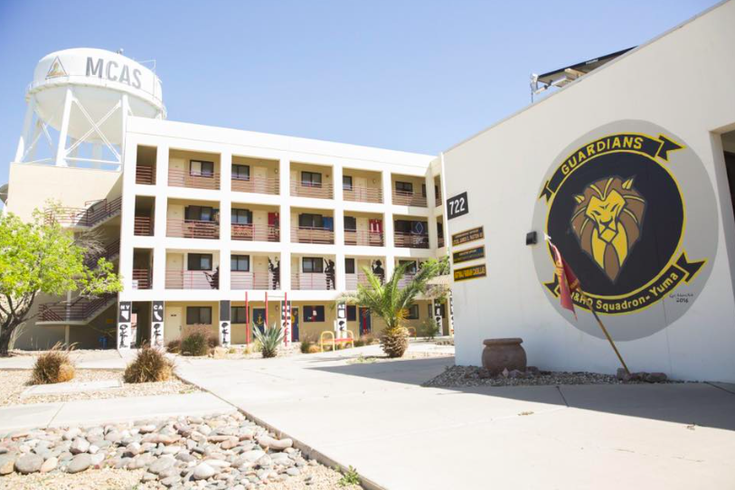 Two U.S. Marines, including Maj. Matthew Wiegand, 34, of Ambler, were killed in an AH-1Z Viper helicopter accident at Yuma Air Station in southwestern Arizona on March 30, 2019.

A Horsham native and pilot with the U.S. Marine Corps was one of two Marines killed last weekend in a helicopter crash at a military base in Arizona, officials said Monday.

Maj. Matthew M. Wiegand, 34, died Saturday in the crash at the Yuma Air Station during a training mission, the Marines said in a statement. Capt. Travis W. Brannon, 30, of Nashville, also was killed in the crash.

The two pilots were in an AH-1Z Viper when the helicopter went down around 8:45 a.m. They were conducting a training mission as part of a weapons and tactical instructor course.

"It is a somber day for the entire Marine Air Ground Task Force Training Command as we mourn this tremendous loss," Brig. Gen. Roger B. Turner Jr. said in a statement.

Wiegand, a 2003 graduate of Hatboro-Horsham High School, joined the Marines in 2008 and was assigned to the Marine Aviation Weapons and Tactics Squadron One in Yuma. He previously served at the Naval Air Station in Pensacola, Florida, and the Marine Corps Base Camp in Pendleton, California.