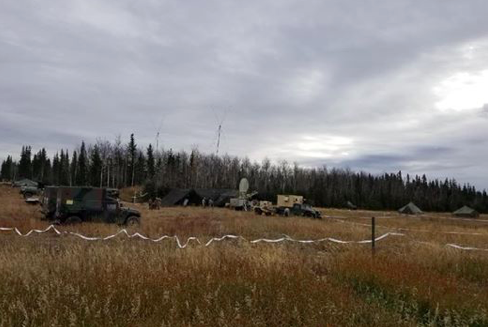 The U.S. Army's Donnelly Training Area is located near Fort Greely in central Alaska. Spc. Nicholas Peter DiMona III, a native of Medford Lakes, Burlington County, was killed there during a live-fire training exercise on March 30, 2019.

The incident occurred Saturday in the Donnelly Training Area of Fort Greely, a cold-weather training and launch site for anti-ballistic missiles about 100 miles southeast of Fairbanks.

Spc. Nicholas Peter DiMona III was wounded during the exercise and transported by air to Fairbanks Memorial Hospital, where he was pronounced dead, officials said.

DiMona was an infantryman assigned to the 4th Infantry Brigade Combat Team (Airborne), 25th Infantry Division. He joined the Army in July 2017 and trained at Fort Benning, Georgia.

“Nick was an outstanding paratrooper with an infectious personality and an uncanny desire to excel no matter the challenge,” brigade commander Col. Jason Jones said in a statement. “He will be missed by the entire Spartan Brigade. Our hearts and prayers go out to his family.”