Pepper spray was deployed and plastic cups were kicked at employees in the late-night mayhem, which was caught on video 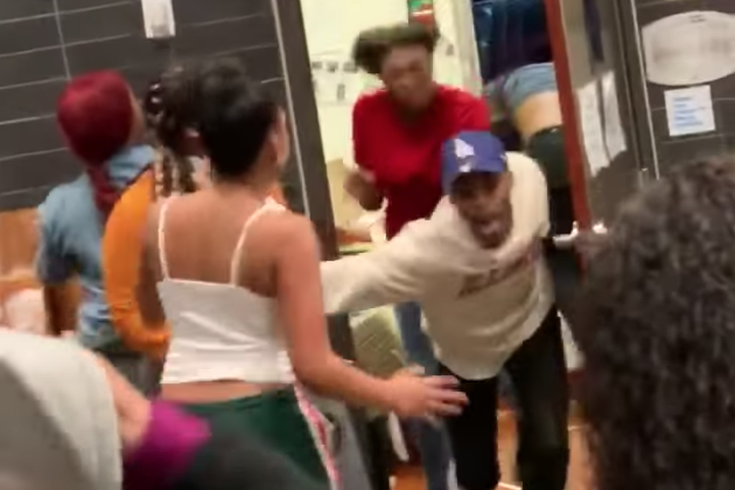 Video of a fight inside an Atlantic City McDonald's that occurred early Saturday morning spread quickly across the internet via Facebook. Police have since charged three juvenile females and one adult male in connection with the incident.

The Atlantic City Police Department announced criminal charges Tuesday against three juveniles and one adult in connection with a late-night brawl at a McDonald's that was caught on video.

The video of the brawl went viral on Sunday after it was posted to the Scan AtlanticCity Facebook page, racking up nearly 750,000 views and nearly 7,000 shares since it was uploaded:

The mayhem took place at about 12:30 a.m. on Saturday, March 30, at the McDonald's on Arkansas Avenue in Atlantic City, just three blocks up from the boardwalk.

At one point in the video, one of the juveniles deploys pepper spray on a security worker. Later, plastic cups and straws are thrown at employees.

Police said in a release Tuesday that detectives used the video footage, along with surveillance camera footage and the public's assistance, to identify the suspects.

One juvenile, a female from Atlantic City, who police said entered the McDonald's and began assaulting an employee, is charged with weapons offenses, criminal mischief, simple assault, and disorderly conduct.

The man, Marcus Adderly, 21, from Pleasantville, Atlantic County, is charged with criminal mischief and disorderly conduct.