The chain sells alcohol at more than 100 locations, but only one in Pennsylvania 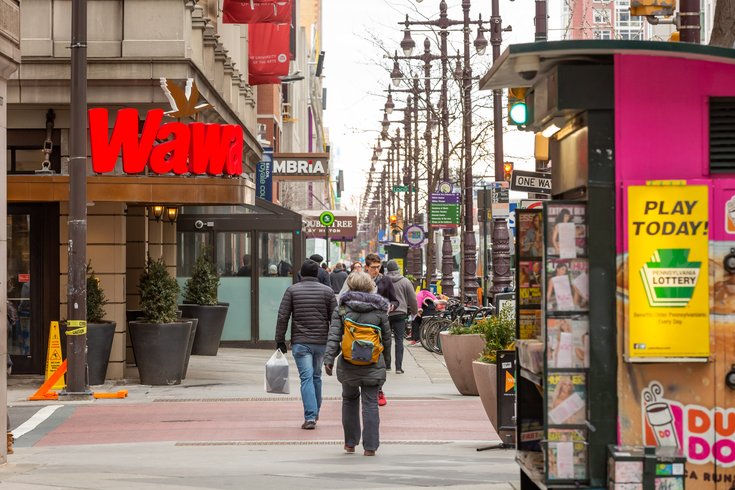 A Wawa on Broad and Walnut Streets in Center City Philadelphia.

The Pennsylvania Liquor Control Board announced the winners of 25 new liquor licenses in its March auction on Friday, and one listing stuck out in a big way: Wawa’s winning bid, $186,357, for a liquor license in Philadelphia County.

The convenience store behemoth actually submitted two winning bids in the March auction; the other winning bid, $160,357, is for Middletown Township in Delaware County. Interestingly, there doesn’t currently appear to be a Wawa currently inside Middletown Township’s boundaries, though there is one less than a mile from the boundary line.

The Liquor Control Board’s awards release detail the bid amounts, bidders, counties, and municipalities. What Wawa plans to do with the license, however, is unclear. PhillyVoice reached out to Wawa for more information, and will update this story if we hear back.

This doesn't technically mean Wawa has been awarded the liquor license yet. According to the Liquor Control Board, top bidders have 14 days from the date of each Notice of Selection to remit full bid payment to the PLCB. Each auction winner then has six months to file a license application with the PLCB.

More than 100 Wawa locations in other states, like Virginia and Florida, already sell alcohol. A Wawa in Philadelphia, in West Philly at 38th Street and Spruce Street, used to sell alcohol but ended the practice in 2001.

Only one Pennsylvania Wawa is currently permitted to sell alcohol: the Chadds Ford Wawa in Delaware County, which sells beer.

Wawa’s website says the company has 19 locations within five miles of Philadelphia. If Wawa eventually starts selling alcohol at one of those locations, it feels safe to say it’ll be a big hit.