A judge ruled this week that a California woman could proceed with a class-action suit against Just Born, Inc. 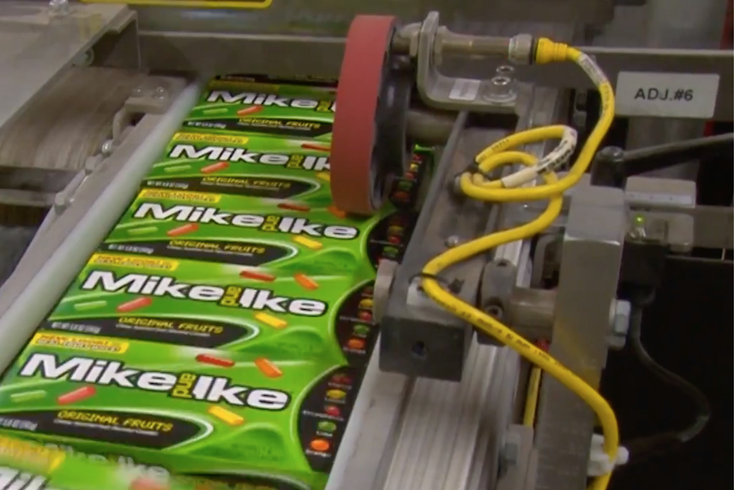 Just Born, the maker of Mike and Ike, Peeps, Hot Tamales and other candies, will defend itself in a class-action lawsuit filed by a California woman, who claims the company is misleading about how much candy it puts inside each box of Mike and Ike. Just Born is based in Bethlehem, Pennsylvania.

If you purchased a box of candy in the last six years and found yourself wanting more, you might be able to join a class-action lawsuit with ties to eastern Pennsylvania playing out in U.S. District Court.

A U.S. District Court judge ruled earlier this week that a California woman could proceed with a class-action lawsuit against Bethlehem-based Just Born, Inc., the makers of Peeps, Hot Tamales, and the focus of the lawsuit: Mike and Ike candies.

Stephanie Escobar, filed the suit after she purchased a 5-ounce box of Mike and Ike candy at a movie theater and found the box only half-full of candy.

Escobar claims there is “no functional or lawful purpose for the empty space” in the candy box, and that the amount of space — which is apparently often called “non-functional slack-fill” — misrepresents the amount of actual candies in the boxes, according to the class action order filed this week.

Senior U.S. District Judge Terry J. Hatter granted the motion for class certification on March 25, much to the chagrin of Just Born.

A spokesperson for Just Born told Lehigh Valley Live that the company “stands behind” its products, and intends to defend itself.

“This lawsuit represents just the latest in an increasing number of recent, similar litigation being filed against candy and food manufacturers,” the spokesperson said. “Our products and labels comply with all FDA regulations and provide consumers with the information they need to make informed purchase decisions.”

Anyone who purchased a box of Mike and Ike or Hot Tamales candies since Feb. 6, 2013, can join the class-action lawsuit, according to the order.

The news comes weeks before what is expected to be a big day for Just Born. The winner of a recent contest, which concludes April 8, will be announced on April 12. The winner will become the first customer to set foot inside the company’s Bethlehem factory.