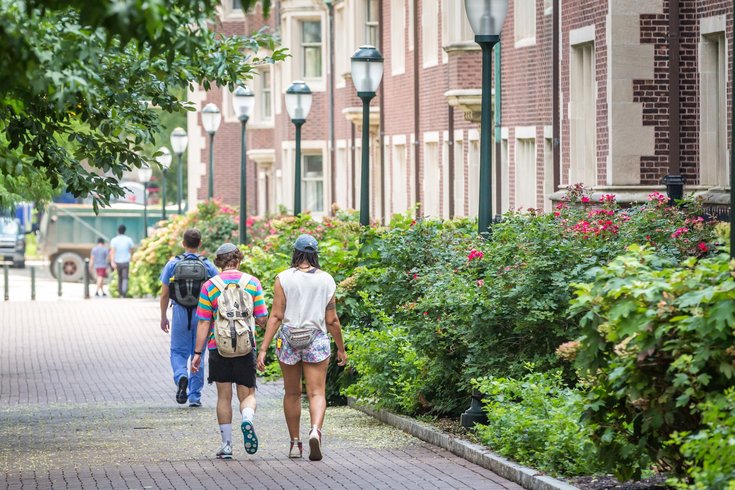 The University of Pennsylvania offered admission to a record-low percentage of applicants for its class of 2023. The college also received a record number of applications from prospective students. The downward trend for admissions at Penn is in line with rates at other Ivy League schools.

With college admissions season in full swing, the University of Pennsylvania has reached a record low for the Class of 2023, admitting just 7.44 percent of this year's 44,960 applicants.

Though admissions for the University of Pennsylvania has slipped down to the single digits over the last several years, 7.44 marks a the lowest rate ever and a somewhat significant dip for Class of 2022 admissions, which was at 8.39 percent, according to the Daily Pennsylvanian.

This year's nearly 45,000 applicants marks the largest pool of prospective students in the university's 279-year history.

Early decision applicants, who apply for admission in December, also faced the lowest-ever acceptance rate in Penn's history, with 18 percent offered admission to the college.

Record-low admittance rates pervade this year's regular decision applicants at other Ivy League schools, as well. At Brown University, the college admitted just 6.6 percent of applicants overall, and only 4.8 percent among regular-decision applicants. A reported 38,674 students applied; like Penn, this was the school's largest applicant pool ever.

Dartmouth College, with 7.9 percent earning admission, also reached a record low for the Class of 2023. With 23,650 applicants, Dartmouth also had its largest ever pool of applicants.

Similar trends were consistent at Columbia University and Harvard College, which admitted only 4.5 percent of its 43,330 candidates.

At Penn, the 2,235 students admitted during regular decision include international students (14 percent), as well as students representing each state in the U.S., Washington, D.C., and Puerto Rico.

Fifty-three percent of Penn's latest admits are female, 51 percent are U.S. citizens or permanent residents who identify as persons of color, and 15 percent identify as first-generation college students. Among other stats – 13 percent had a parent or grandparent who also attended Penn, according to Dean Eric J. Furda's recent blog post.